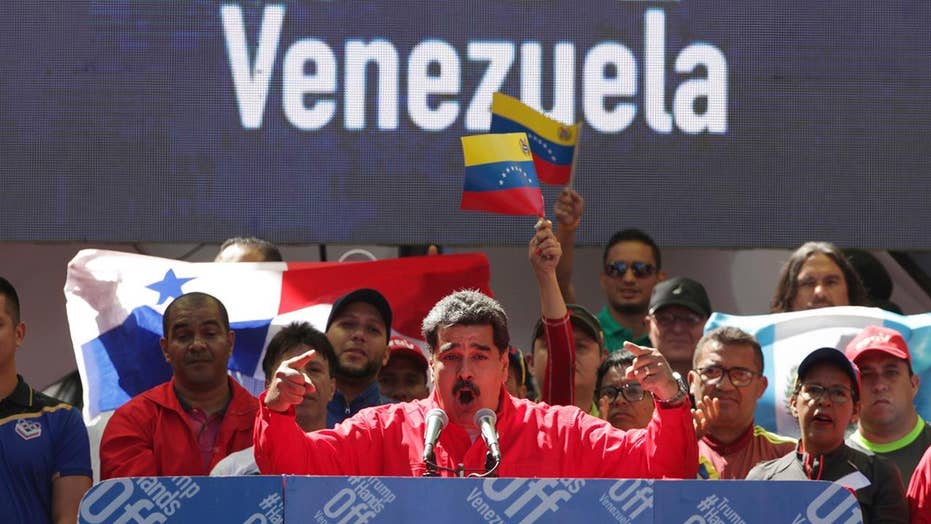 Despite US pressure, Maduro still controls levers of power in Venezuela

In 2009, new elected President Barack Obama was awarded the Nobel Peace Prize for literally doing nothing.

The far-left Nobel Prize Committee awarded him the prize in the hope that he would make “extraordinary efforts to strengthen international diplomacy and cooperation between peoples.”

Even the Nobel secretary of that time later admitted giving the award to Obama was a “mistake.”

Ten years later, the Nobel Peace Prize committee can rectify that foolish and biased mistake by giving the award to President Trump.

There has been some very legitimate conversation – scoffed at by the hate-filled left – that President Trump is deserving of the Nobel Peace Prize for his ongoing negotiations with North Korea. While I second that talk, I believe the momentum President Trump and Senator Rubio have created to oust Venezuelan dictator Nicolas Maduro while providing much needed humanitarian aid is ultimately more deserving.

I say that as someone who has a long history with that country. A country I began to visit regularly in the mid-1990s.

Soon after the election of Venezuelan strongman Hugo Chavez in 1998, I became one of the few, but regular voices warning of not only the extreme dangers he posed to his own people but to the Western Hemisphere as a whole.

While most in the media and our Congress at the time ignored those warnings, Chavez did not. He attacked me by name saying I was a “Hawk for Bush and part of the CIA” out to destroy him and his regime.

It was a badge of honor to be denounced by him then and even more so now as the Venezuelan people desperately fight to free themselves from nation-destroying anarchy. Anarchy brought about only by the criminal actions of first Chavez, then his hand-picked socialist successor, Maduro.

While North Korea is an ongoing problem which must be solved – and great progress is in-fact being made thanks to President Trump – Venezuela and its influence and issues are in our own backyard. In one way or another, its problems will and do become our problems.

Both President Trump and Senator Marco Rubio not only understand this but spoke out early and often to give voice, aid, and hope, to the beleaguered and desperate people of Venezuela. Innocent men, women and children not only suffering under the boot of Maduro – as he and his family and allies loot the national treasury of the country – but under the dictates of Cuban intelligence operatives.

As both Trump and Rubio know well, the Cubans need Maduro in power because he transfers billions from the Venezuelan treasure to prop-up their own equally failed socialist regime.

Maduro needed the Cubans because, at least until President Trump and Senator Rubio began to regularly and loudly sound the alarm, they ensured that he would stay in power.

That socialist house of cards built only upon lies, torture and murder is about to topple down.

I speak regularly with the opposition in and from Venezuela, and to a person, they say that Maduro has lost the rank and file soldiers within the military and a growing number of officers.

The opposition I speak with, give a great deal of credit for the positive momentum now taking place in Venezuela to Trump and Rubio.

For that, President Trump and Senator Marco Rubio are deserving of the Nobel Peace Prize.