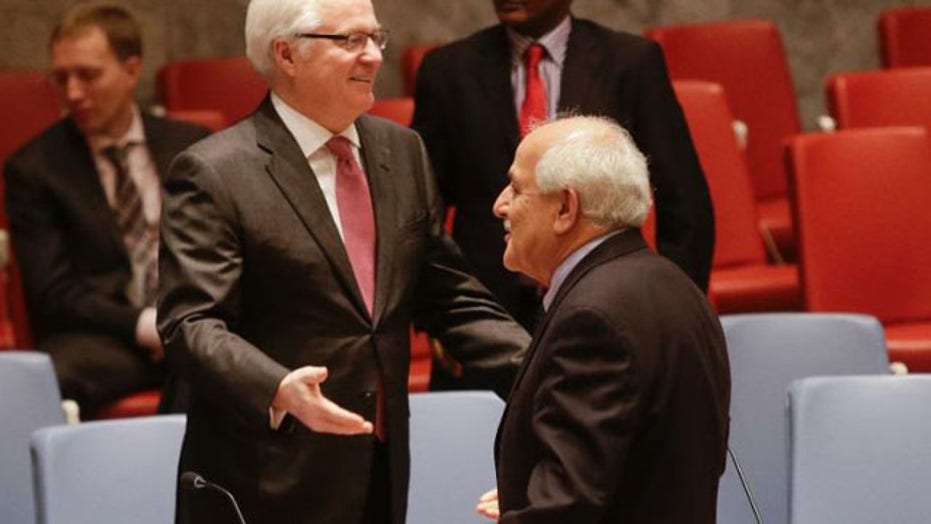 The Obama administration said Monday it was reviewing its annual $440 million aid package to the Palestinians because of their effort to join the International Criminal Court to pursue war-crimes charges against Israel.

At the same time, however, the U.S. criticized Israel for withholding tens of millions in tax revenues to the Palestinians, saying such a step "raises tensions." Taken together, the statements reflected Washington trying to come to grips with a Palestinian move it has spent years trying to avert and a peace process that offers no hope for an immediate breakthrough.

The Palestinian decision to join The Hague court came after the U.N. Security Council last month rejected setting a three-year deadline for an Israeli withdrawal from Palestinian-claimed lands. Israel fears Palestinian membership there could lead to a rash of politically motivated prosecutions that further isolates the Jewish state and makes it hard for Israeli officials to travel abroad.

"We're deeply troubled by the Palestinian action," State Department spokeswoman Jen Psaki told reporters. She said joining the court "is entirely counterproductive and does nothing to further the aspirations of the Palestinian people for a sovereign and independent state. It badly damages the atmosphere with the very people with whom they ultimately need to make peace."

Under American law, any Palestinian case against Israel at the court would trigger an immediate cutoff of U.S. financial support. Membership itself doesn't automatically incur U.S. punishment.

Secretary of State John Kerry discussed the matter by telephone over the weekend with Israeli Prime Minister Benjamin Netanyahu. Other U.S. officials spoke with Palestinian President Mahmoud Abbas, hoping to dissuade him from his course.

Abbas has been under heavy pressure to take stronger action against Israel amid months of rising tensions. U.S.-brokered peace talks collapsed last spring and a 50-day war followed between Israel and Palestinian militants in Gaza over the summer.

The administration is reviewing its assistance to the Palestinians to ensure it complies with U.S. law, Psaki said. She said there is a range of ways for the U.S. to respond, but suggested none would happen immediately.

"The focus right now is to continue to encourage both sides," Psaki said. She cited Israel, too, for escalating tensions by freezing the transfer of tax revenues to the Palestinians.

"What we're trying to avoid here is a back-and-forth tit-for-tat," Psaki said.

Israel, like the U.S., is not a member of the international court and doesn't recognize its jurisdiction. The court has no police force and no authority to go into Israel and arrest suspects. But it could issue arrest warrants that European and other countries would be willing to enforce. The U.S. accepts Israel's position that Palestinian membership in the court is an impediment to peace.