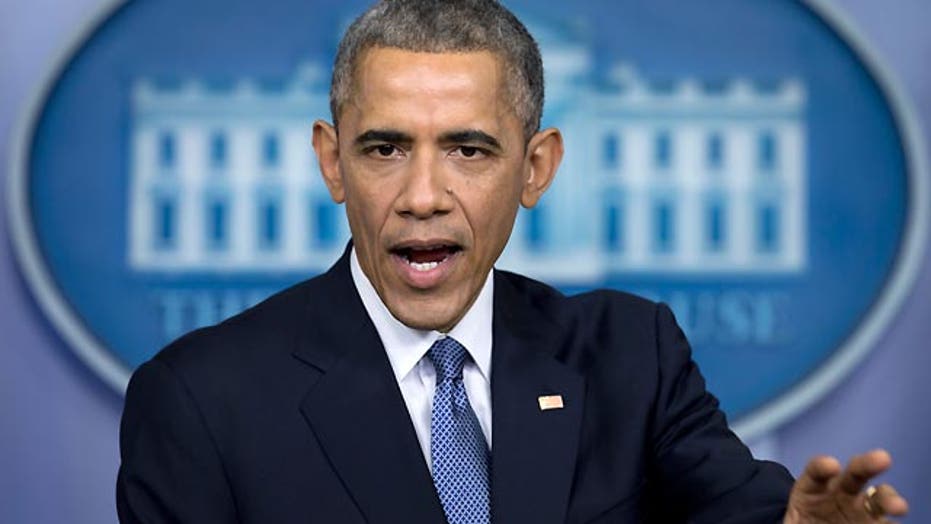 Obama: US will respond to North Korea's hacking of Sony

The Obama administration has asked China for help with curbing North Korea's ability to launch cyberattacks like the one federal officials say crippled Sony Pictures, according to a published report.

The New York Times reports that the White House requested help from Beijing in recent days, but the Chinese have not responded. However, a senior Obama administration official claimed to the Associated Press that the U.S. and China have shared information about the Sony attack. The official also says China agrees with the U.S. that destructive cyberattacks violate the norms of appropriate behavior in cyberspace.

The United States has previously attempted to use China as a channel for influencing North Korean policy, particularly on matters such as nuclear tests, weapons launches, and relations with South Korea. However, successes have been rare and fleeting. In the specific case of the hack on Sony Pictures, The Times reports that Chinese cooperation would be the key to blocking North Korea's cyberwarfare capabilites, since virtually all of the country's telecommunications run though Chinese operated networks.

However, Washington and Beijing have their own cybersecurity issues to work through. This past May, the Justice Department indicted five hackers working on behalf of the Chinese military on charges of trying to steal sensitive data from American companies. The Chinese government denies any wrongdoing.

U.S. officials blame North Korea for the Nov. 24 hacking, citing the tools used in the Sony attack and previous hacks linked to the North, and have vowed to respond. The break-in resulted in the disclosure of tens of thousands of confidential Sony emails and business files, and escalated to threats of terror attacks against U.S. movie theaters that caused Sony to cancel the Christmas Day release of "The Interview," a comedy about a plot to assassinate North Korean leader Kim Jong Un.

An editorial in the Global Times, a newspaper published by China's ruling Communist Party, said that any civilized country will oppose hacker attacks or terror threats, but it also condemned the movie. "The vicious mocking of Kim is only a result of senseless cultural arrogance," it said.

Meanwhile, The Times reports that U.S. officials are weighing what options to present to Obama that would constitute the "proportional response" to the Sony hacking that the president promised in his year-end press conference Friday. The paper reports that among the options being discussed are economic sanctions against high-ranking North Korean officials, similar to those levied against Russian officials close to that country's president, Vladimir Putin.

Another option being discussed is a propaganda campaign designed to make use of the North's internal computer and radio systems to relay messages inside the country, along the lines of similar South Korean initiatives. The Wall Street Journal reported Friday that the U.S. is also considering returning North Korea to a list of countries deemed to be state sponsors of terrorism, which would also bring heft sanctions.

One option that appears not to be a serious consideration at this point is a retaliatory cyberattack against North Korean military facilities or communications networks, with a senior official telling The Times that the U.S. does not want to risk escalating the situation and increasing the possibility of a retaliatory attack against a vulnerable U.S. target.

"There are a lot of constraints on us," the official said, "because we live in a giant glass house."