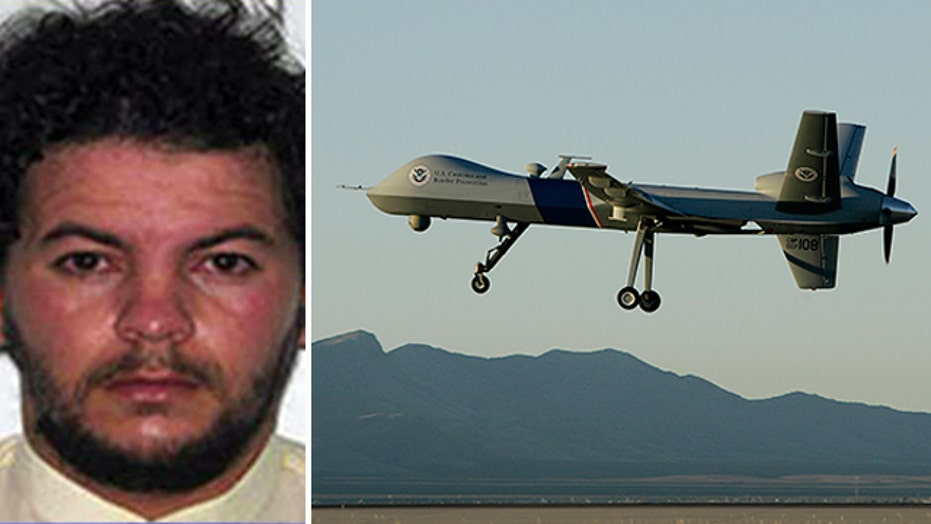 Can US drone strategy defeat ISIS?

The Pentagon says a coalition airstrike in Syria has killed a senior Islamic State leader, who has been responsible for moving fighters and weapons from Libya to Syria.

A senior U.S. official says Tariq bin Tahar al-'Awni al-Harzi was killed by a U.S. drone strike. The official was not authorized to discuss the operation publicly so spoke on condition of anonymity.

Capt. Jeff Davis, a Pentagon spokesman, says al-Harzi was killed June 16 in Shaddadi. He says al-Harzi coordinated the use of suicide bombing attacks in Iraq and his death will hurt the Islamic State's ability to move foreign fighters in and out of the region.