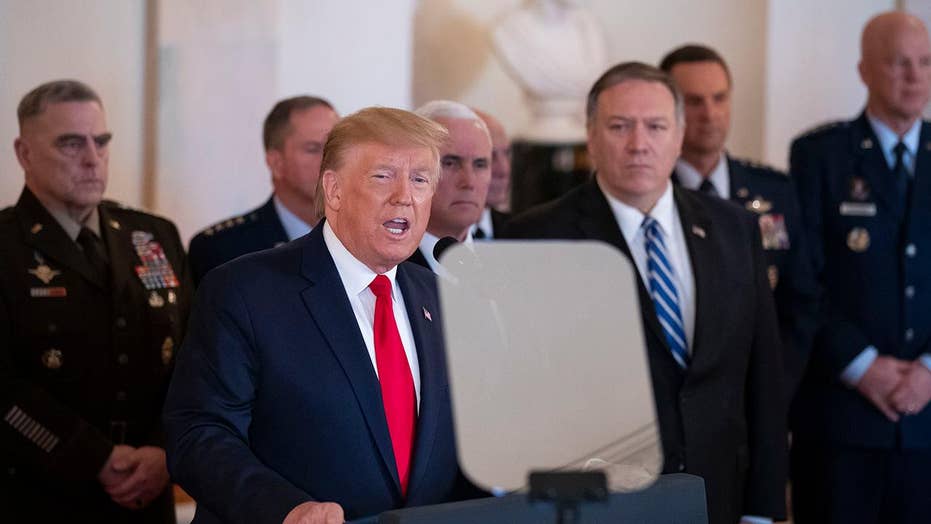 Can US be sure Iran's proxies won't attack American targets?

Mark Dubowitz, CEO of the Foundation for Defense of Democracies, weighs in.

UNITED NATIONS -- The Trump administration is defending the strike that killed Iranian Gen. Qassem Soleimani last week as self-defense, while warning it is prepared to take "additional actions" if needed -- ahead of what is expected to be a tense meeting of the U.N. Security Council Thursday.

U.N. Ambassador Kelly Craft wrote to Vietnamese Ambassador Dang Dinh Quy, the current president of the Security Council, and said the U.S. has undertaken actions “in the exercise of its inherent right of self-defense.”

The letter was sent ahead of a U.N. Security Council meeting on the U.N.’s Charter, where dozens of countries are expected to speak. While scheduled before the escalation of tensions between Iran and the U.S., the situation in the Middle East is expected to dominate the meeting -- potentially leading to anti-American countries lining up to condemn the U.S. in what has long been an anti-American arena.

The U.S. took out Soleimani, the head of the Islamic Revolutionary Guard Corps Quds Forces, on Friday in Baghdad, days after Iranian-backed militia supporters stormed the U.S. embassy. Administration officials have said that the strike was conducted to deter imminent attacks on U.S. interests.

Iran responded to the attack on Tuesday by firing ballistic missiles at bases in Iraq that house U.S. troops -- but there were no U.S. or Iraqi casualties. President Trump said Wednesday that the regime “appears to be standing down” but that the U.S. would impose economic sanctions “until Iran changes its behavior. 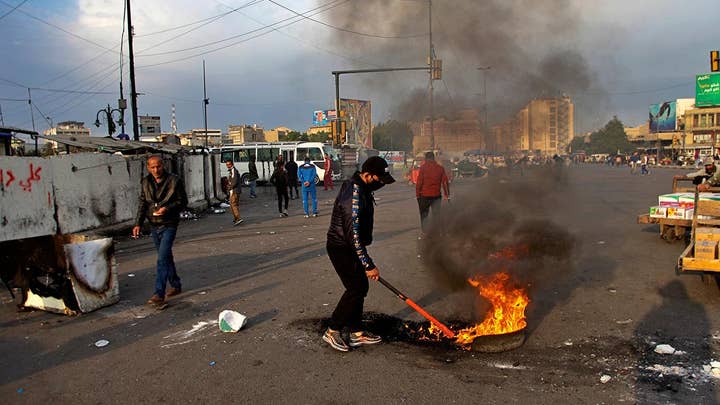 Craft in the letter said that the U.S. “is prepared to take additional actions in the region as necessary to continue to protect U.S. personnel and interests.”

The letter cites a number of recent threats and attacks by Iran on U.S. assets and troops, including a Quds-backed militia group attack in Iraq that resulted in the death of a U.S. contractor. But Craft said as well that the U.S. is “committed to diplomatic negotiations.”

“We stand ready to engage without preconditions in serious negotiations with Iran, with the goal of preventing further endangerment of international peace and security or escalation by the Iranian regime,” she said.

Iran is scheduled to be one of the speakers at the U.N. meeting, although Iranian Foreign Minister Javad Zarif will not be attending after he said the U.S. denied him a visa. The Iranian ambassador said in a letter Wednesday that its response was “measured and proportionate.”

“Seriously warning about any further military adventurism against it, Iran declares that it is determined to continue to, vigorously and in accordance with applicable international law, defend its people, sovereignty and territorial integrity against any aggression,” the letter added.

The Iranian ambassador delivered Zarif’s statement on his behalf, which ripped into what it described as the “rogue U.S. regime.”

“The world is at a crossroads with the end of monopolies on power, one unhinged regime is frantically clamoring to turn back time," the ambassador, Majid Takht Ravanchi, said. "This has meant more damaging American unilateralism in defense of international norms and law, most recently a dastardly targeted assassination of the heroes who were the nightmares of groups such as ISIS.”

In turn, the ambassador described its own response as a “measured and proportionate response to a terrorist attack.”

The U.S. saw some support ahead of the meeting in New York from Israel. "We all know that it’s one member state that promotes and acts against peace and security, not only in the Middle East but all over the world, and that is Iran," Israeli Ambassador Danny Danon told reporters.

Danon also brought a warning for Iran in case it turned its aggression towards Israel.

“We don't want to see any escalation, but we advise [Iran] not to test our resilience -- we will protect our citizens and we have the capabilities to protect our people,” he said.