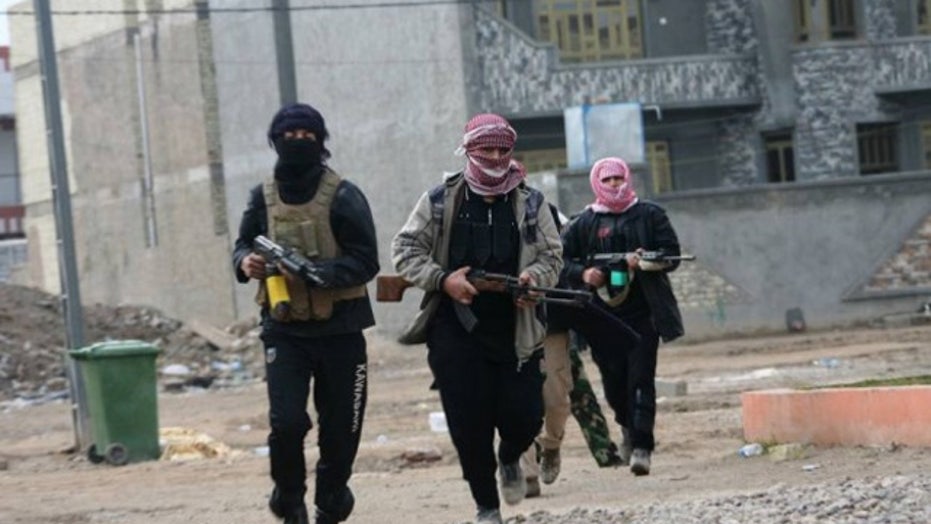 Iraq asking for US help against Al Qaeda-linked militants

How should the US respond?

Army Col. Steve Warren, a Pentagon spokesman, declined to detail the immediate status of those trainers, but did confirm Maliki’s request, adding that the United States will send “several thousand” M-16 and M-4 rifles, as well as ammunition. The new weapons have been “sourced,” Warren said, and should arrive in Iraq in weeks. The United States is also in discussions with the Iraqis to send officials to Jordan to train Iraqi security forces.

Maliki also requested an additional 100 Hellfire missiles, a second U.S. defense official told Fox News. That request must be approved by Congress, however.

The United States has delivered more than $14 billion in equipment, services and training to the Iraqi military and security forces since 2005, according to Department of Defense statistics.  In the past year alone, the United States delivered six C-130J aircraft and a Rapid Avenger surface-to-air missile battery. Additionally, a total of 140 M1A1 tanks have been provided between 2010 and 2012.

Vice President Joe Biden spoke to the Iraqi leader earlier this month, although weapons – artillery and assault rifles – were not discussed. Also earlier this month, Biden also spoke with Parliament Speaker Osama al-Nujaifi, a Sunni leader and frequent critic of Maliki's Shiite-led government. The two discussed ways to sustain cooperation between Sunni communities and the Shiite-led government, and al-Nujaifi said he was committed to fighting terrorism, The Associated Press reports.

The Obama administration has been criticized recently by those who question whether Iraq would be better off today had the U.S. left a military presence in Iraq, as it is attempting to do in Afghanistan while it winds down its war there.

White House spokesman Jay Carney has said such violence in Iraq took place even when there were 150,000 U.S. troops there. While the United States can aide Iraqis, the war-torn country must take the lead, Carney said.

"If members (of Congress) were suggesting that there should be American troops fighting and dying in Fallujah today, they should say so," Carney said on Jan. 6. "The president doesn't believe that."