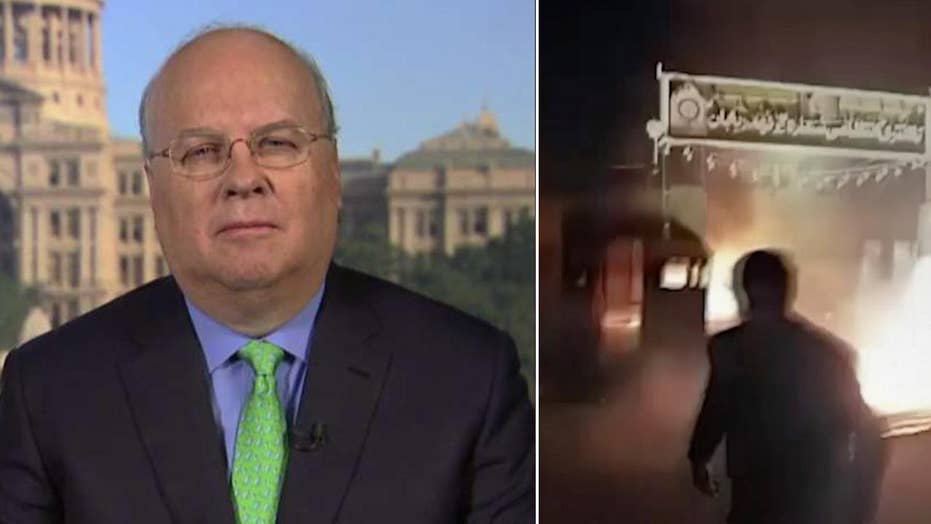 Karl Rove reacts to the president's unconventional approach to dealing with regimes.

Twitter says it has no plans to block world leaders from its social media site or delete any of their controversial posts because any such action would “hide important information” from people and likely not "silence" them.

“Twitter is here to serve and help advance the global, public conversation,” the company, which has an estimated 330 million active users, said in a blog post Friday. “Elected world leaders play a critical role in that conversation because of their outsized impact on our society.”

The social media tech giant -- which allows users to send relatively short text messages, photos and similar graphics to “followers” -- said, “Blocking a world leader from Twitter or removing their controversial tweets would hide important information people should be able to see and debate.

"It would also not silence that leader, but it would certainly hamper necessary discussion around their words and actions.”

Twitter’s comments come after a swell of outrage seemingly center on President Trump, who has used the so-called “micro-blogging” medium to effectively sidestep the mainstream media to get out his messages.

Throughout his presidential campaign and into the first year of his administration, Trump’s messages have occasionally included language that has sparked widespread criticism from mainstream media and Democrats, like calling North Korea leader Kim Jong Un “Rocket Man” or rival Hillary Clinton “crooked Hillary.”

The social media giant recently updated its “unlawful conduct or harassment” policy, saying such posts will result in users being banned.

“We review tweets by leaders within the political context that defines them, and enforce our rules accordingly. No one person's account drives Twitter’s growth, or influences these decisions,” the company said in the post. “We are working to make Twitter the best place to see and freely discuss everything that matters.”