Twitter CEO Jack Dorsey said the company is open to a range of changes in the platform's structure. (Getty Images)

Twitter CEO Jack Dorsey has at times favored allowing far-right personalities such as Infowars' Alex Jones and white nationalist leader Richard Spencer on his social media platform, despite objections from some of Dorsey’s staff.

The news, which was first reported by the Wall Street Journal, comes as Dorsey is set to join other heads of social media companies on Capitol Hill this week for a hearing in front of the Senate Intelligence Committee.

According to the newspaper, there were at least two separate occasions where Dorsey favored keeping the far-right activists on the social media platform. Dorsey is also said to have overruled the decision to ban conspiracy theorist Alex Jones from the platform last month.

Jones, however, was eventually blocked from using Twitter for a week after one of his tweets was deemed to be in violation of the platform’s rules.

In November 2016, Dorsey also allegedly told employees Spencer should be allowed to keep one of his numerous accounts on the site after Twitter's safety team initially kicked him off the platform.

Twitter has denied Dorsey was involved in any of the decisions.

“Any suggestion that Jack made or overruled any of these decisions is completely and totally false,” Twitter’s chief legal officer, Vijaya Gadde, told the Journal. “Our service can only operate fairly if it’s run through consistent application of our rules, rather than the personal views of any executive, including our CEO.”

The Wall Street Journal story comes as big tech companies have faced a backlash for allegedly censoring conservative and Republican accounts on their platforms, with its most notable critic being President Trump.

Last week Trump launched an attack on Google with an early morning tweet accusing the tech giant’s search engine of being biased against conservative media and promising that the situation “will be addressed.” 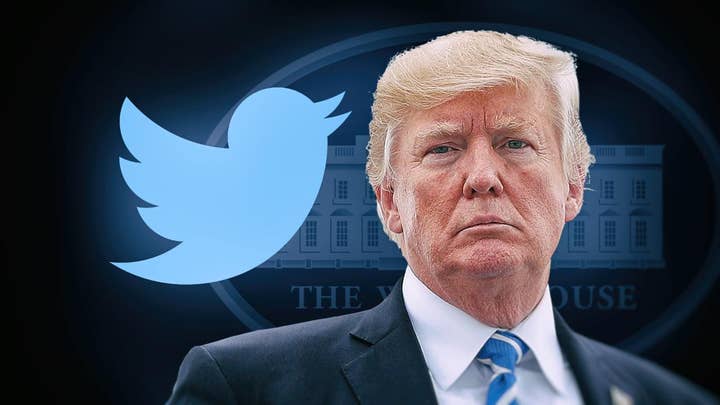 Just weeks ago, Trump attacked other tech giants such as Twitter and Facebook for silencing non-left wing voices - saying “too many voices are being destroyed” and pledged to address the problem – and he has previously pointed to the problem of so-called “shadow banning” on social media platforms, where users, while technically not banned, found their posts invisible to most users.

In an effort to curb bad behavior and rhetoric from its platform, Twitter plans to introduce a new feature that will show a picture of a tombstone in place of a tweet that has been taken down for violating the platform's guidelines.

Both Dorsey and Facebook’s Chief Operating Officer Sheryl Sandberg have confirmed they will be in Washington for the Senate hearing Sept. 5.