Lawmakers have finally acted on their frustration with the Trump administration's growing use of tariffs.

The Senate has passed a modest, nonbinding resolution designed to give Congress more say about trade penalties imposed in the name of national security.

The resolution has passed by an 88-11 vote. It directs a congressional committee that's reconciling separate spending bills to include language giving Congress a role when such tariffs are put in place.

Negotiators are free to ignore the Senate's guidance.

Republican Sen. Bob Corker of Tennessee, who pushed the tariff language, acknowledges the effort is "a baby step."

Some senators are portraying it as a rebuke of President Donald Trump's use of a national security waiver to impose tariffs on steel and aluminum imports from Canada, Mexico and the European Union. 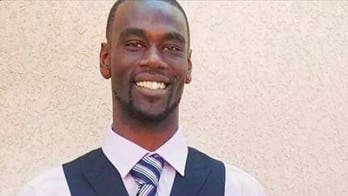