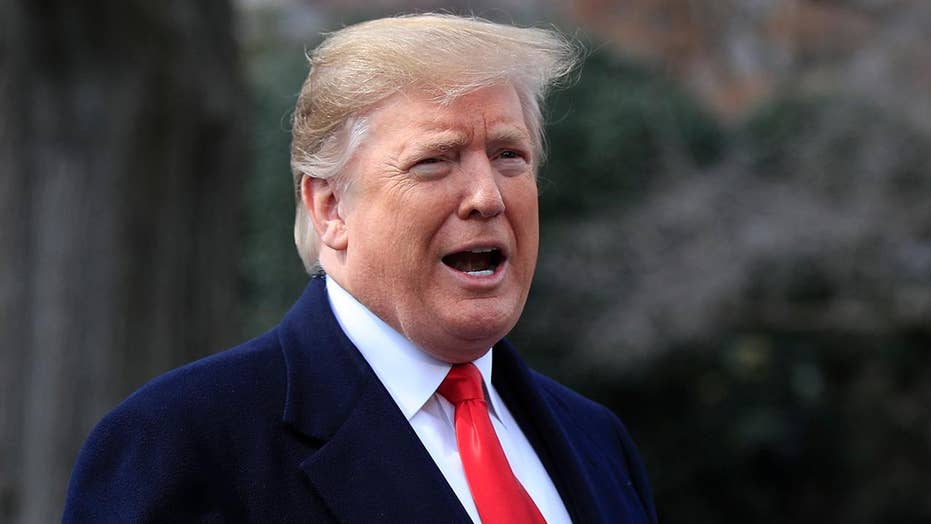 President Trump on Wednesday brandished a striking map showing how the Islamic State’s presence in Syria has diminished since he took office, while vowing the deadly terrorist network will be gone “by tonight” as he showed reporters the tiny spot representing their last stand.

“I brought this out for you because, this is a map ... everything in the red -- this was on Election Night in 2016 -- everything red is ISIS,” he told reporters, pointing to a top image that showed large parts of the region covered in red.

“When I took it over, it was a mess. Now, on the bottom -- that's the exact same -- there is no red,” he said, pointing to an image below. “In fact, there's actually a tiny spot which will be gone by tonight,” he added.

President Donald Trump shows a map of Syria and Iraq showing the presence of the Islamic State in 2017 and 2019, as he speaks to reporters before leaving the White House in Washington, Wednesday, March 20, 2019, for a trip to visit an Army tank plant in Lima, Ohio, and a fundraising event in Canton, Ohio. (AP Photo/Manuel Balce Ceneta)

He later tweeted out an image of the map.

Trump announced in December that he intended to remove all 2,000 troops from Syria, declaring that ISIS was mostly defeated, but he was criticized by some within his party for being too hasty.

Former Vice President Dick Cheney this month reportedly suggested that the decision was made during “the middle of a phone call” and that “we’re getting into a situation when our friends and allies around the world that we depend upon are going to lack confidence in us.”

“I worry that the bottom line of that kind of an approach is we have an administration that looks a lot more like Barack Obama than Ronald Reagan,” he said, according to The Washington Post.

With pressure from Republicans, Trump has shifted to agree to keep 400 troops in the country indefinitely.

“We're leaving 200 people there and 200 people in another place in Syria, closer to Israel, for a period of time,” he said Wednesday when asked if he had reversed his policy.

U.S.-backed fighters have been closing in on the ISIS-held village of Baghouz, the last remnants of what was once a territory the size of Indiana, with 8 million people under ISIS' rule. Now, they are down to a sliver of land no more than half a square mile. 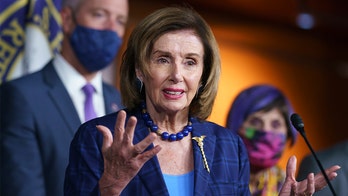