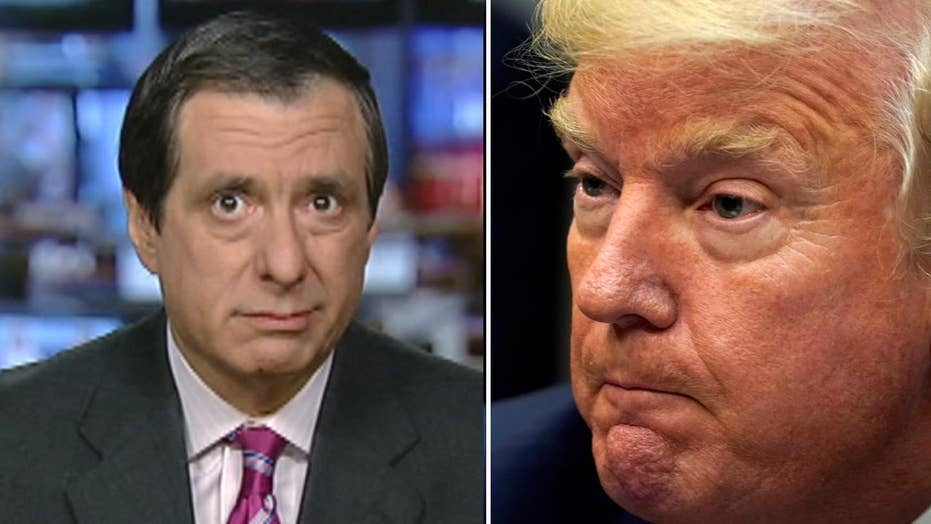 'MediaBuzz' host Howard Kurtz weighs in on the immediate post-tragedy politicization by the media and politicians.

There may be an important immigration debate to be had in the wake of what was undoubtedly a terrorist attack that killed eight people in Manhattan.

It did not get off to a good start yesterday.

Instead, hours after an Uzbek citizen allegedly used a truck to murder and injure pedestrians, there was sniping between President Trump and Chuck Schumer.

I took heat from plenty of liberals for saying, after the Las Vegas massacre, that Hillary Clinton and some Democrats might have waited one day before slamming the GOP on gun control (not that we shouldn’t have a vigorous debate, as some said in distorting my comments).

Well, now I say the same thing on the other side. It was not helpful for President Trump to make this about New York’s senior senator hours after the city was dealing with the casualties.

The president tweeted yesterday: "The terrorist came into our country through what is called the 'Diversity Visa Lottery Program,' a Chuck Schumer beauty. I want merit based. We are fighting hard for Merit Based immigration, no more Democrat Lottery Systems. We must get MUCH tougher (and smarter)."

So the fact that Sayfullo Saipov is an Uber driver who came in legally under that program seven years ago becomes Schumer’s fault in the wake of the attack?

The Senate minority leader hit back in a statement: "President Trump, instead of politicizing and dividing America, which he always seems to do at times of national tragedy, should be focusing on the real solution — antiterrorism funding — which he proposed cutting in his most recent budget."

The merit-based program was passed in 1990 with bipartisan support and signed into law by George H.W. Bush. Schumer, then a House member, was one of numerous co-sponsors.

After the Las Vegas shooting, Sarah Huckabee Sanders said that "today is a day for consoling of survivors and mourning those we lost," not debating gun control.

Again, there may be a strong case for ending or tightening the diversity program. I think we’re all tired of people shouting "Allahu Akbar," as Saipov is said to have done, during acts of mass violence.

On the other hand, it’s getting harder for law enforcement to detect people, as in Las Vegas and lower Manhattan, who have no previous criminal record.

The president also tweeted that "being politically correct is fine, but not for this!" The PC mentality can hinder anti-terrorism efforts, but it’s not clear to me how it applies to this particular case.

When he spoke to reporters yesterday, Trump said he would move immediately to get rid of the diversity program but did not mention Schumer. He did say this, which we can all agree with:

"All of America is praying and grieving for the families who lost their precious loved ones. Horrible Act. Our hearts break for them and we pledge to renew our resolve in their memory."