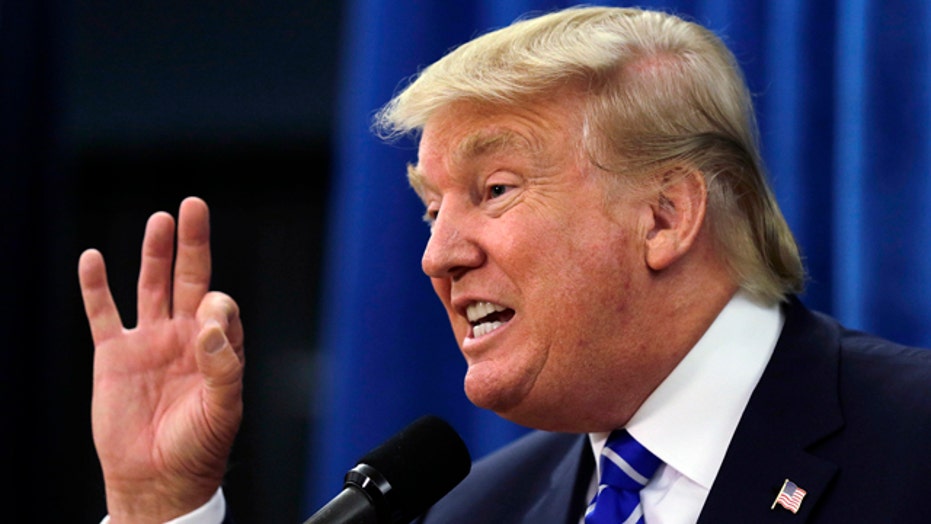 Republican presidential candidate Donald Trump on Sunday turned his attack on rival Wisconsin Gov. Scott Walker, in his soaring and often unpredictable campaign that has largely targeted frontrunners but spared essentially nobody.

“His state has not performed well,” Trump, the billionaire businessman who now leads in most polls, told ABC’s “This Week.” “We need someone who’s going to make it perform well, this country perform well. … I’m the one to do it.”

Like many political candidates, Trump is spending the early part of the election cycle trying to downgrade the early favorites -- in this case Republican Jeb Bush, a former Florida governor, and Democrat Hillary Clinton, a former secretary of state.

Still, Walker, another early favorite who remains a top-tier contender, was more than willing to block and tackle, telling ABC later in the morning that Trump sounds like a Democrat when attack his record as a two-term governor.

“He’s using the talking points of the Democrats,” Walker said. “They didn’t work in the past. They’re not going to work now.”

Trump essentially said he was unconcerned about the campaign for Walker, who trails Trump and Bush in an averaging of polls by the nonpartisan website RealClearPolitics.com.

He argued that Wisconsin has a $2.2 billion deficit, instead of an anticipated $1 billion surplus and that Walker has been forced to borrow money instead of raising taxes to keep state projects going.

Walker, who began a second term is January, disagreed by saying the state’s roads and schools have improved under his leadership.

However, he acknowledged the voter frustration into which Trump and other first-time candidates have tapped, albeit misdirected at him.

Trump has also attacked Clinton, suggesting that her email controversy has put her campaign in jeopardy; Bush for comments about federal spending on women's heath care and even fellow GOP candidate and former Texas Gov. Rick Perry. Trump suggested Perry stared wearing eye glasses to look smarter. Perry's polls numbers are at about 1.5 percent, among the lowest of the top 17 GOP candidates.