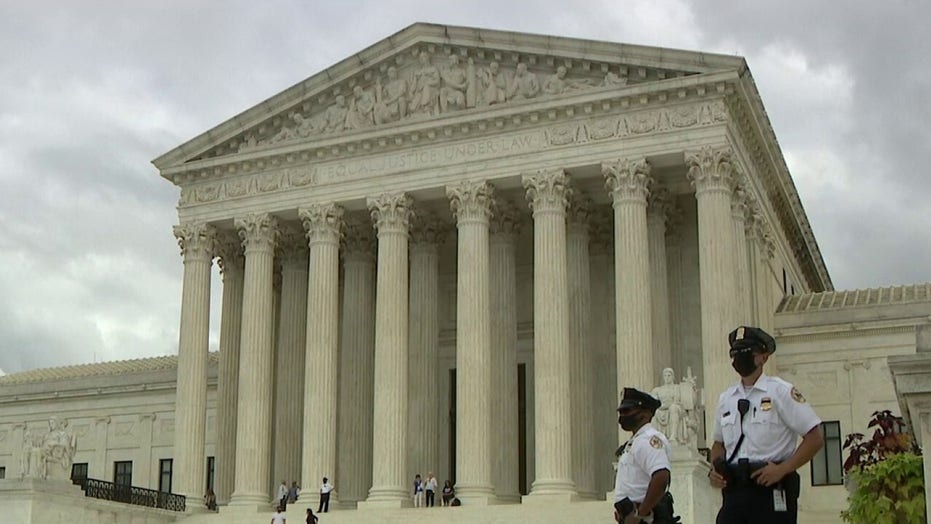 President Trump on Sunday took the media to task for going after the Catholicism of his Supreme Court justice pick, Amy Coney Barrett, saying he thought the matter had been put to rest with the election of President John F. Kennedy.

Trump delivered the comments during a Sunday afternoon press briefing where he discussed, among other things, the media’s treatment of Barrett. Trump announced on Saturday that he had chosen the 7th Circuit Court of Appeals judge for the Supreme Court seat following the death the late Justice Ruth Bader Ginsburg.

President Donald Trump speaking during a news conference at the White House, Sept. 27, in Washington.  (AP)

“We have noticed some comments in the media about my incredibly qualified nominee, Amy. The New York Times said her religion is not consistent with American values,” Trump said. “She’s Catholic. That covers a lot of people. That’s a very disgraceful thing to say.”

Trump said he thought “we settled this 60 years ago with the election of John F. Kennedy,” who became the first Catholic U.S. president. The issue evoked major controversy during the 1960 presidential campaign because many Protestants openly questioned whether a Catholic U.S. president would be taking his orders from the pope.

“But seriously, they’re going after her Catholicism. I will stand with her, fight with her, and we will make sure that these attacks stop because … it’s unprecedented. They’re basically fighting a major religion in our country. It’s just incredible,” Trump said.

President Donald Trump walks along the Colonnade with Judge Amy Coney Barrett after a news conference to announce Barrett as his nominee to the Supreme Court, in the Rose Garden at the White House, Sept. 26, in Washington.  (AP)

Criticism of Barrett erupted days before Trump nominated her to the Supreme Court. Newsweek invoked Margaret Atwood’s dystopian novel, “The Handmaid’s Tale,” “where women’s bodies are governed and treated as the property of the state under a theocratic regime.”

The issue of Barrett’s Catholicism  predates her nomination to the Supreme Court.

During her appeals court confirmation hearing in 2017, Sen. Dianne Feinstein, D-Calif., told the prospective judge that “when you read your speeches, the conclusion one draws is that the dogma lives loudly within you.

“And that’s of concern,” Feinstein added, “when you come to big issues that large numbers of people have fought for, for years in this country.”

MEDIA REACTION TO BARRETT'S SUPREME COURT NOMINATION IS 'THE SAME ALL AROUND': JOE CONCHA

The controversy over Barrett’s nomination is further compounded by the fact that it is occurring in an election year – a circumstance which happened during President Obama’s last year in office. At the time, Senate Republicans stalled Obama’s nomination of Judge Merrick Garland following the death of Justice Antonin Scalia.

Senate Majority Leader Mitch McConnell, R-Ky., said: “The American people should have a voice in the selection of their next Supreme Court Justice. Therefore, this vacancy should not be filled until we have a new president.”

President Trump likened treatment of Barrett to the contentious nomination of Brett Kavanaugh to the Supreme Court in 2018. Trump said the grilling Kavanaugh received over decades-old sexual misconduct allegations, led to a backlash in the 2018 midterms that strengthened the Republicans’ majority in the Senate and Supreme Court.

Trump speculated that the treatment of Barrett will likely backfire against Democrats in the November election.

“Now Democrats are really brazenly attacking Judge Barrett … for her Catholic faith,” Trump said. “And whether it’s Dianne Feinstein or anyone else, I think they ought to treat religion with much more respect.”