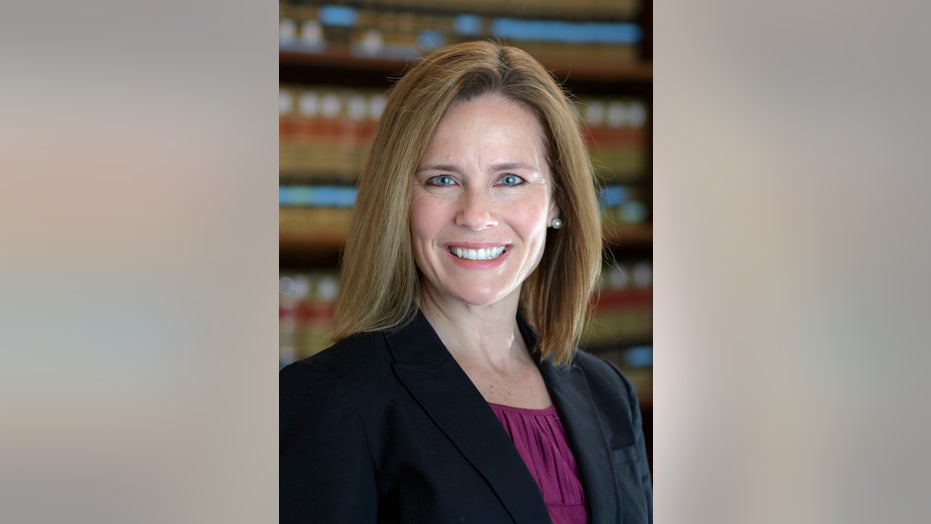 President Trump’s reported meeting with Judge Amy Coney Barrett after the death of Supreme Court Justice Ruth Bader Ginsburg calls to mind the scrutiny she faced over her faith by Democrats in 2017 when she was appointed to the 7th Circuit Court of Appeals.

Barrett, a Catholic mother of seven, had to assert numerous times that her faith would not influence her jurisprudence.

In a resurfaced video, Sen. Dianne Feinstein, D-Calif., ranking member of the Senate Judiciary Committee, told Barrett at the time that she was concerned over her Catholic beliefs, and particularly how she would apply them in cases involving abortion.

“Why is it that so many of us on this side have this very uncomfortable feeling that dogma and law are two different things, and I think whatever a religion is, it has its own dogma. The law is totally different,” Feinstein told Barrett, a Notre Dame law professor. “And I think in your case, professor, when you read your speeches, the conclusion one draws is that the dogma lives loudly within you. And that’s of concern.”

The senator told Barrett she was a “controversial” nominee, “because you have a long history of believing that your religious beliefs should prevail” over the law.

“You’re controversial because many of us that have lived our lives as women really recognize the value of finally being able to control our reproductive systems,” she said. “And Roe entered into that, obviously.”

Feinstein said she assumed Barrett would be a “no vote” on Roe v. Wade.

Feinstein’s line of questioning drew the ire of conservatives, who noted at the time that religious tests for justices are patently unconstitutional. Article VI, Clause 3 of the Constitution states, "no religious Test shall ever be required as a Qualification to any Office or public Trust under the United States." 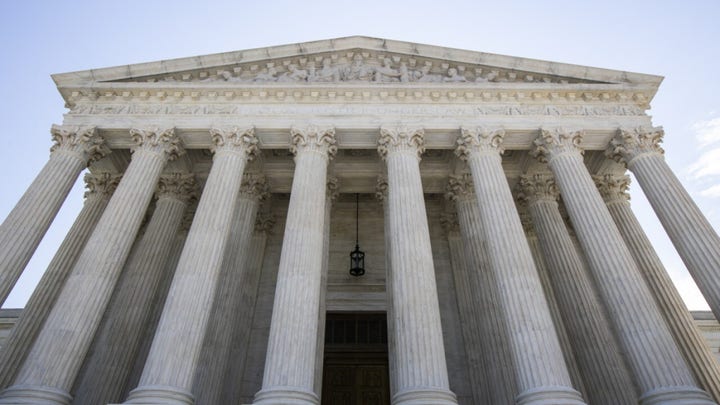 In the same hearing, Sen. Dick Durbin, D-Ill., took issue with Barrett’s use of the term “orthodox Catholic” in an article she co-authored as a law student.

“I’m a product of 19 years of Catholic education. And every once in a while, Holy Mother the Church has not agreed with a vote of mine. And has let me know,” Durbin told Barrett. Durbin was barred from receiving Communion in 2004 over his stance on abortion.

Barrett pointed to a footnote in the article that said it was “an imperfect term” but the article was making a hypothetical case about “a judge who accepted the Church’s teaching” on the death penalty and had a “conscientious objection” to execution.

“Do you consider yourself an orthodox Catholic?” Durbin asked Barrett. “I am a faithful Catholic,” she replied, adding “my personal Church affiliation or my religious belief would not bear in the discharge of my duties as a judge.”

“I agree with you,” Barrett replied, to which Durbin responded, “Good. Then that’s good common ground for us to start with.”

The article from Coney’s time in law school concludes that a Catholic judge may need to recuse themselves in cases of the death penalty because “judges cannot — nor should they try to — align our legal system with the Church’s moral teaching whenever the two diverge.”

Durbin also asked Barrett how she would rule in a same-sex marriage case. Late Justice Antonin Scalia, whom Barrett clerked for after law school, dissented from the 2013 Obergefell decision that legalized same-sex marriage.

“From beginning to end, in every case, my obligation as a judge would be to apply the rule of law, and the case that you mentioned would be applying Obergefell, and I would have no problem adhering to it,” she said.

Barrett was ultimately confirmed to the circuit court and was one of a handful of judges who were under consideration for former Justice Anthony Kennedy's spot in 2018. That spot was later filled by Justice Brett Kavanaugh but Barrett remained an interest of conservative activists, with special attention paid to her position on abortion.