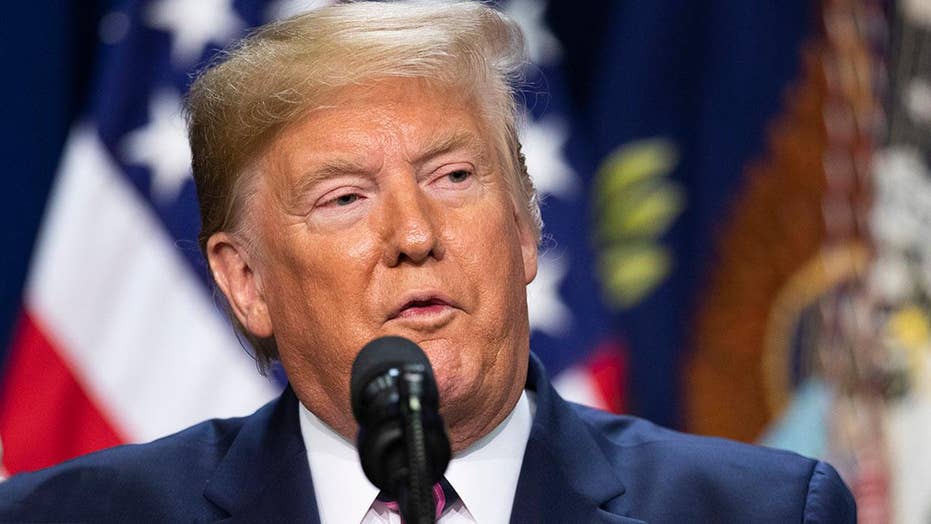 “Now up to 187 Federal Judges, and two great new Supreme Court Justices. We are in major record territory. Hope EVERYONE is happy!” Trump wrote in a retweet from Senate Majority Leader Mitch McConnell saying that one out of every four circuit judges was appointed by Trump and confirmed by the Senate.

“That is already the most in any president’s whole first term since 1980,” McConnell tweeted.

FILE - In this Feb. 5, 2019 file photo, Supreme Court Associate Justices Neil Gorsuch, left, and Brett Kavanaugh watch as President Donald Trump arrives to give his State of the Union address to a joint session on Congress at the Capitol in Washington. (Doug Mills/The New York Times via AP, Pool)

McConnell added that not giving Obama’s Supreme Court nominee Merrick Garland a confirmation hearing in 2016 was “the most important decision I’ve made in my entire political career.”