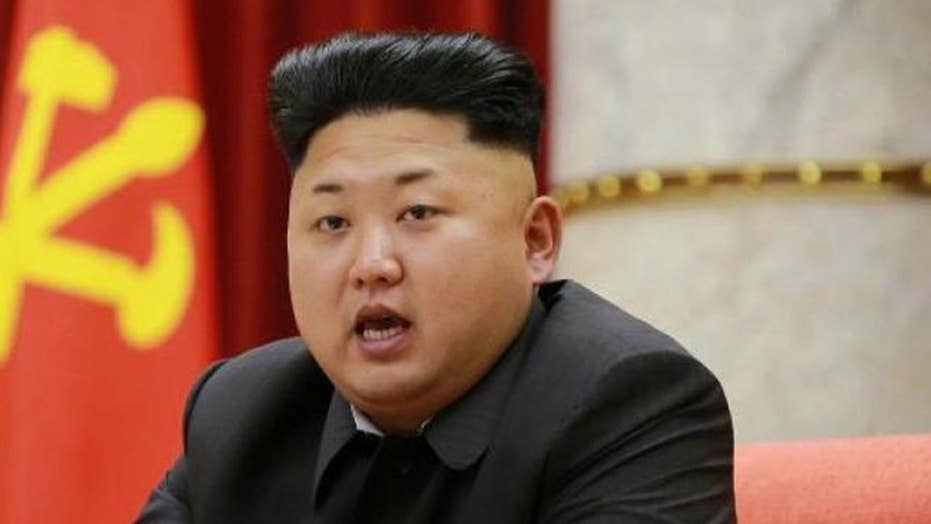 President Donald Trump hit back Tuesday night at Kim Jong Un shortly after the North Korean dictator claimed to have a “button” for nuclear weapons on his desk.

“North Korean Leader Kim Jong Un just stated that the 'Nuclear Button is on his desk at all times,'” the president tweeted. “Will someone from his depleted and food starved regime please inform him that I too have a Nuclear Button, but it is a much bigger & more powerful one than his, and my Button works!”

“The U.S. should know that the button for nuclear weapons is on my table,” he said during the televised speech, according to an Associated Press translation. “The entire area of the U.S. mainland is within our nuclear strike range. ... The United States can never start a war against me and our country.”

Kim continued, “We need to mass-produce nuclear warheads and ballistic missiles and accelerate their deployment.”

The back-and-forth between Trump and Kim followed recent military activity near known North Korean missile sites in the past week. The activity prompted U.S. analysts to believe that North Korea was prepping for another intercontinental ballistic missile (ICBM) test – likely this week.

But those plans appear to have been put on hold after South Korea offered to host talks with the North next Tuesday.

Still, the latest intelligence, according to a U.S. defense official, suggested North Korea wanted to try again with the ICBM that it last tested to perfect the weapon's reentry - which has yet to be successful. The Pentagon had anticipated a move this week but now believes it may be delayed.

During the New Year's address, Kim also called for improved relations with South Korea. Mentioning the upcoming Winter Olympics, Kim said the event in South Korea could “be a good opportunity to display the status of the Korean nation.”