President Trump took a swipe at his own FBI director overnight as he echoed allegations that Christopher Wray is protecting members of the bureau who, in the words of one critic, worked to “overthrow” him.

The president, sending a signal about his apparently dimming view toward the sitting bureau boss, tweeted comments recently made by the head of conservative watchdog Judicial Watch, Tom Fitton, on Fox Business Network’s “Lou Dobbs Tonight.”

SPLIT WITH BARR? FBI DIRECTOR WRAY SAYS SURVEILLANCE NOT THE SAME AS 'SPYING'

“’The FBI has no leadership,'" Trump quoted Fitton as saying. "'The Director is protecting the same gang that tried to overthrow the President through an illegal coup.’ (Recommended by previous DOJ) @TomFitton @JudicialWatch."

The president added Fitton's comment that “’as long as President Trump is president, his opposition will use every tool, and misuse every tool available, to make his life miserable.’”

Fitton's comments, and Trump's promotion of them, were aimed in part at congressional Democrats who have been ramping up Trump administration probes in the wake of Special Counsel Robert Mueller's report. This includes a new effort to hold Attorney General Bill Barr in contempt of Congress for not turning over an unredacted version of that report and underlying materials.

But the swipe at Wray suggests Trump views his FBI director with caution as Barr pursues his own review into the origins of the Russia investigation. Barr, last month, stirred controversy when he testified that he believed “spying did occur” against the Trump campaign during the 2016 presidential election. 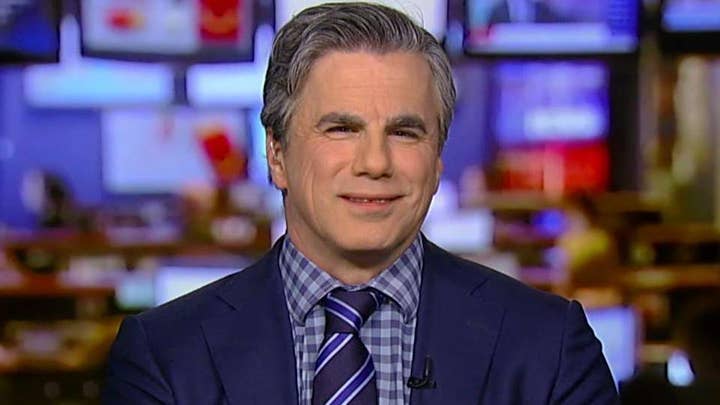 “I think spying did occur," Barr said at a congressional hearing. "The question is whether it was adequately predicated. …Spying on a political campaign is a big deal."

SESSIONS SIDES WITH BARR OVER FBI'S 'SPYING' ON TRUMP CAMPAIGN

Trump’s tweet could have been spurred by the FBI director’s appearance last week before a congressional panel where he broke with Barr on the use of that term. 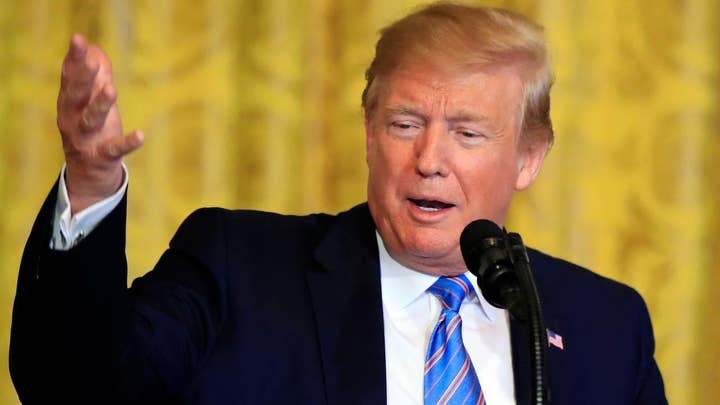 But former Attorney General Jeff Sessions, who resigned in November amid a political clash with the president following his decision in 2017 to recuse himself from oversight of the Russia investigation due to his work with the campaign, later took Barr’s side.

“I think that ‘spying’ is a perfectly good word,” Sessions said during an on-stage interview at a conference in Las Vegas last week.

Sessions, while he was attorney general, was routinely ripped by Trump on Twitter for his decision to recuse and his DOJ leadership amid the Russia probe. He was replaced after the 2018 midterms. It's unclear whether Wray could face similar criticism from the president going forward.

The president, for his part, has defended Barr’s comments, repeatedly saying that spying “absolutely” occurred on his campaign.

Meanwhile, the Justice Department inspector general is conducting an investigation into alleged misconduct related to Foreign Intelligence Surveillance Act, and whether there was misconduct in the issuance of those warrants. The review is also reportedly probing the role of an FBI informant in the early stages of the Russia investigation.