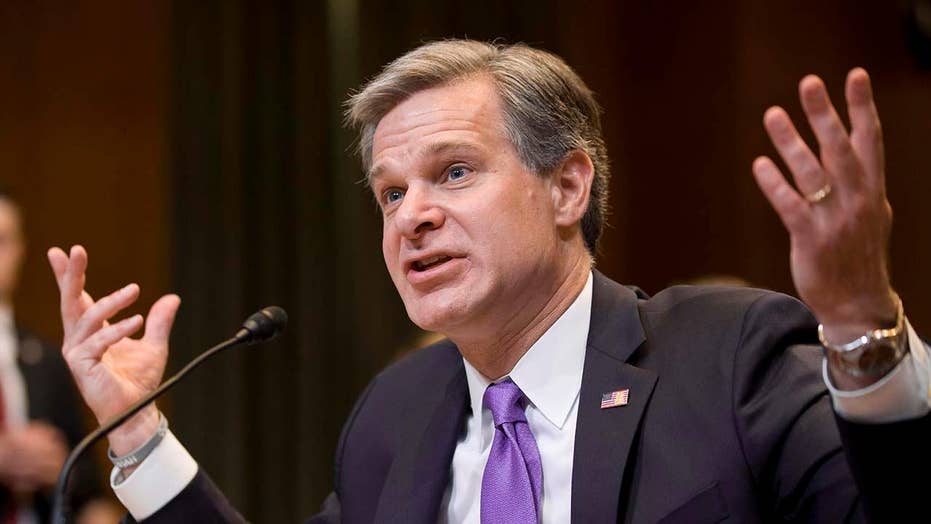 “I think that ‘spying’ is a perfectly good word,” Sessions said during an on-stage interview at a conference in Las Vegas.

Sessions was asked about the recent split between Barr and Wray over the word. Barr has said he believes “spying” on the Trump campaign did occur in 2016 as the bureau conducted the Russia probe; Wray said he wouldn’t use the word “spying” to describe the FBI’s surveillance activity.

FBI DIRECTOR WRAY SAYS SURVEILLANCE NOT THE SAME AS ‘SPYING’

Sessions referenced last week’s New York Times story about an informant working for U.S. intelligence who posed as a Cambridge University research assistant in September 2016 to try to probe George Papadopoulos, then a Trump foreign policy adviser, on the campaign's possible ties to Russia.

“They had this lady, apparently, that was sent to Papadopoulos,” Sessions said. “Is that a spy? I mean, I don't know.” Sessions said it will take “more facts to come out” to know.

On Tuesday, asked about "spying," Wray, the FBI director, said: “That’s not the term I would use. Lots of people have different colloquial phrases. I believe that the FBI is engaged in investigative activity, and part of investigative activity includes surveillance activity of different shapes and sizes, and to me, the key question is making sure that it's done by the book, consistent with our lawful authorities.”

Both Barr and President Trump have alleged, following the release of Special Counsel Robert Mueller’s Russia report with redactions, that the bureau engaged in spying against Trump associates during the 2016 presidential campaign.

"I think spying did occur," Barr said in a hearing last month. "The question is whether it was adequately predicated. … Spying on a political campaign is a big deal." 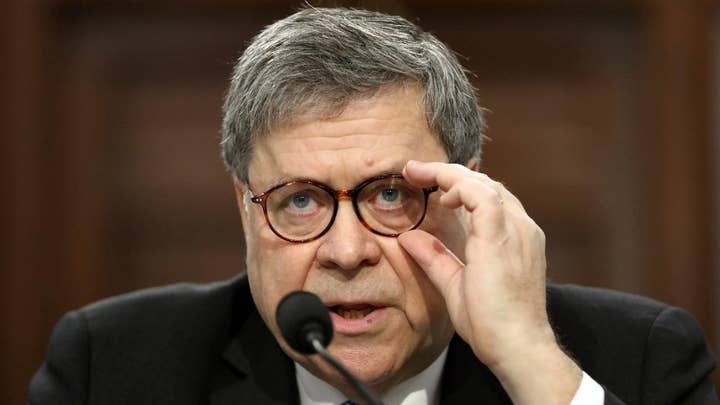 Barr later clarified in the hearing, "I am not saying that improper surveillance occurred; I’m saying that I am concerned about it and looking into it, that’s all.”

Justice Department Inspector General Michael Horowitz is looking into the origins of the Russia probe and whether surveillance abuses occurred, but Barr’s remarks were widely criticized by Democrats, with Senate Minority Leader Chuck Schumer, D-N.Y., accusing the AG of “peddling conspiracy theories.” Yet Trump allies note that there is documented evidence that the FBI obtained surveillance warrants to monitor Trump adviser Carter Page and that numerous reports have disclosed the use of an informant and others to gather information during the early days of the probe.

Barr testified last week that he's working with Wray to try and "reconstruct" the origins of the probe.