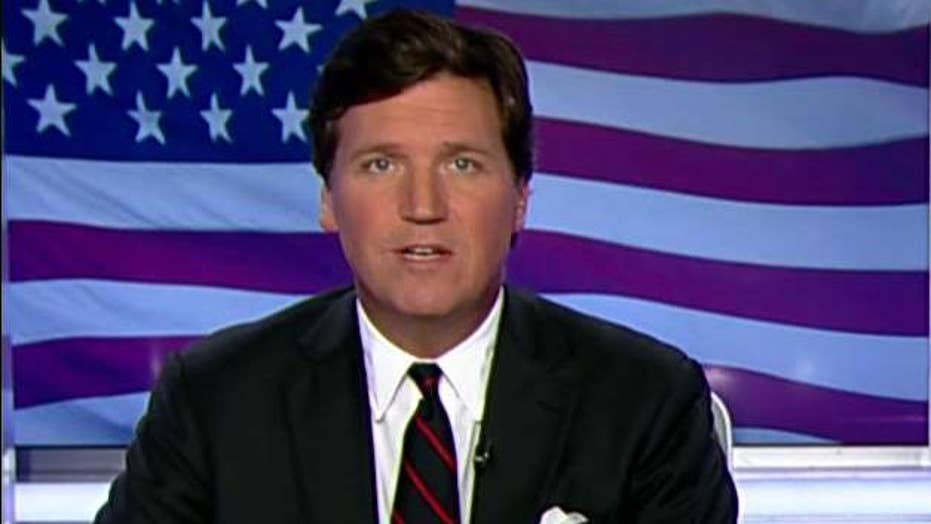 Tucker: Nielsen just wasn't a good fit for the job

Homeland Security Secretary Kirstjen Nielsen submitted her resignation over the weekend. Nielsen always seemed like a nice person. We just had her on "Tucker Carlson Tonight" last week and she was nice, but it's possible she was never really a good fit for the job that she had.

Her views on immigration always seemed better suited for, say, a Jeb Bush administration. During Nielsen's tenure, total deportations were lower than under Barack Obama. The border went from troubled to chaotic to completely out of control. There are now more than 100,000 illegal arrivals showing up from Mexico every month.

Now, Kirstjen Nielsen did not single-handedly cause any of these problems. Unlike so many in Washington, she didn't seem to believe in open borders. She seemed to believe in the law.

But that was too much for the left. Nielsen was denounced as an extremist and chased out of restaurants. On Monday, as she left the White House, the morons on TV were making her sound like Dr. Mengele. They said things Nielsen would be remembered as "the woman who put children in cages" and broke up families at the border.

So for the year and a half she spent running the Department of Homeland Security, Kirstjen Nielsen should never sleep soundly again. Hours after her resignation, a Bloomberg reporter called Jennifer Epstein tweeted this: "Nielsen's next stop will be carefully watched. If any major companies hire her, pay her to speak, et cetera, expect to see a major outcry from immigration and civil rights groups and beyond."

In other words, for her sins, Kirstjen Nielsen should not be allowed to have a job. She must be carefully watched. And by the way, anyone who disagrees with that assessment shouldn't be allowed to work either, or speak in public or post on social media or sell books on Amazon or use banks. That's their position. It is the definition of extremism.

"Anyone who disagrees with me must be hurt." This is not sustainable. Deep down, pretty much everybody knows that. We can't keep living like this, with a small group of unhappy, angry people in power terrifying the rest of us. It is too stupid and cruel and dishonest.

Only under the rein of the modern left has it become forbidden to say what is true about immigration and a hundred other topics. But the truth itself has not changed. It won't. Hysteria doesn't make facts disappear.

Countries have borders. That's why they are countries. Saying that isn't hate speech; it's true.

Barack Obama must not be on Twitter because whatever his many faults, that is still obvious to him. During a speech in Berlin, he said the following: "I worry sometimes when, as we think about how to deal with the immigration issue, we think that any moves towards assimilation of the existing newcomers to the existing culture is somehow a betrayal. Should we want to encourage newcomers to learn the language of the country they are moving to? Of course. Does that mean they can never use their own language? No. Of course, it doesn't mean that. But it's not racist to say, 'Ah, if you're going to be here, then you should learn the language of the country you just arrived at.'"

Assimilation is essential to national cohesion. Immigrants should learn the language. It doesn't sound crazy. By the way, nobody has doubted that in the 240-year history of this country, least of all, the millions of immigrants who have arrived here and immediately learned to sing the national anthem in English. It was self-evident to them and to everyone else.

Only under the reign of the modern left has it become forbidden to say what is true about immigration and a hundred other topics. But the truth itself has not changed. It won't. Hysteria doesn't make facts disappear.

Immigration can be a great thing for a country, but it must be carefully and thoroughly managed. You can't just change a population of a whole country in the space of 50 years and assume things will get better. If you cared about a country, you wouldn't try to do that.

Even Bernie Sanders understands it. At his core, Sanders is an old-fashioned leftist. He wants bigger and more generous welfare benefits. That may or may not be a good idea, but it definitely will not work with open borders. It is impossible with open borders. Sanders acknowledged that the other day, saying, "If your point is you open the borders, my God, you know, there is a lot of poverty in this world, you are going to have people from all over the world. And I don't think that's something that we can do at this point. Can't do it."

"There is a lot of poverty in this world," Bernie Sanders acknowledges. The poor will move here, and we're going to have to pay for it. My gosh, Sanders must be racist to say something like that. Or maybe he just cares about what happens to America.

All of our leaders should care what happens to America. We don't elect them to improve Mexico, or China or Europe -- no offense against those countries. We put them in office so they will look out for this country and us. 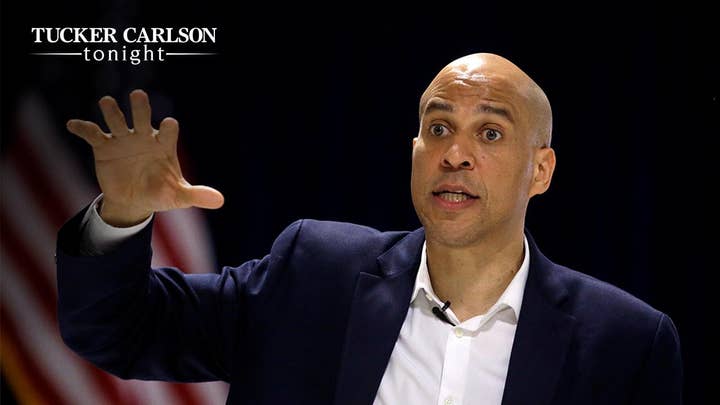 How would you feel about your parents if they treated you like Kamala Harris wants to treat the United States? Keep the doors unlocked. Anyone can stay. Sleep in your bed. Eat your breakfast. Nobody is keeping track of how many come and go, or who they are. Your parents aren't around to supervise. They're over at the neighbor's house bragging about what good people they are.

That's what neglects looks like. It's abuse. And that's exactly what's happening right now. People know it. Look at the polls. Americans would like to see less immigration into this country, not because they are bad people, but because they're people. They want the immigrants we do take to be skilled enough to support themselves and to contribute to America right away, not three generations from now.

More than anything, Americans want secure borders. But they're not getting any of that -- and so resentment is building. And why wouldn't it?