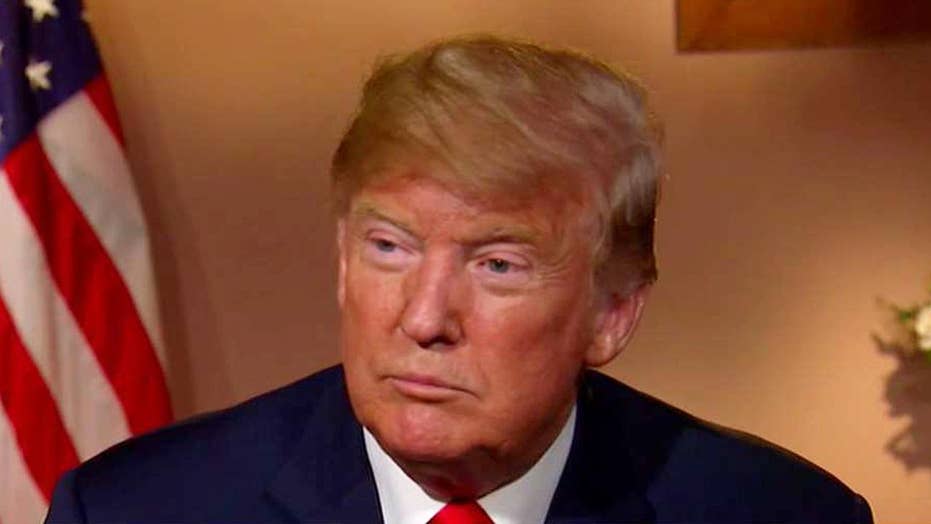 Trump: Witch hunt drove a phony wedge between US, Russia

President Trump addresses nuclear proliferation, European Union and media attacks. On 'Hannity,' the president calls Strzok a 'disgrace' to the country and FBI.

President Trump said Monday that Special Counsel Robert Mueller's investigation has "driven a wedge between us and Russia" following his summit with Russian President Vladimir Putin.

"Maybe we’ve just knocked down that wedge, but it has driven a wedge and President Putin said that," Trump told Fox News' Sean Hannity in an exclusive interview. "One of the early things he said when we started was, 'It's really a shame, because we could do so much good' ... And they drove a phony wedge, it's a phony witch hunt, rigged deal with guys like [FBI agent] Peter Strzok and [former FBI Director] James Comey and [former FBI Deputy Director Andrew] McCabe ... and you can imagine who else. It's a real shame."

Monday's summit took place three days after a grand jury indicted 12 Russian intelligence operatives on charges related to cyberattacks on Democratic organizations during the 2016 election campaign. At a news conference following the meeting, Putin offered to have Russian prosecutors question the indicted operatives and added that Mueller's team of investigators could be present for questioning, if U.S. officials would "reciprocate."

Trump told Hannity he was "fascinated" by Putin's suggestion, but then appeared to dismiss it, saying that the special counsel's team "probably won't want to go."

"The 13 angry Democrats? You think they're going to want to go? I don't think so," said Trump, using one of his usual phrases to describe Mueller's investigators. 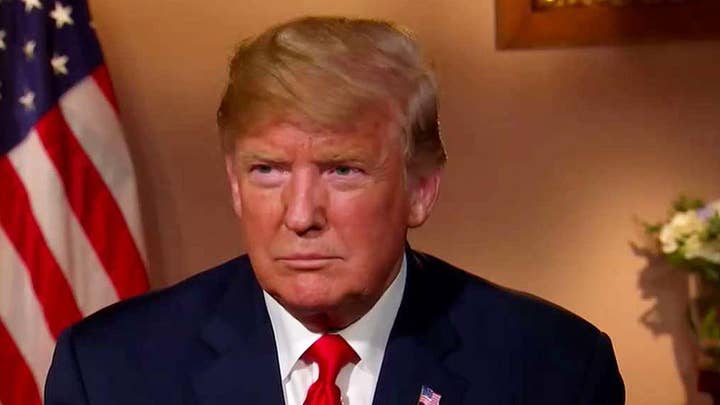 The president added that the Russian leader was "incensed even talking about" the indictments and pointed out that Putin "said there was absolutely no collusion" between the Trump campaign and Russia in 2016.

"I think it's a shame ... we're talking about all of these different things and we get questions on the witch hunt," Trump said. "And I don’t think the people out in the country buy it, but the reporters like to give it a shot. I thought that President Putin was very, very strong."

In an interview with Fox News' Chris Wallace, Putin said he was "not interested" in the Mueller investigation, calling it part of "the internal political games of the United States."

Trump told Hannity that he and Putin had "a very long meeting, and it was a good meeting."

"It was just the two of us and interpreters," Trump said, "and at the end of this meeting, I think we really came to a lot of good conclusions."

He continued, "I think we’re doing really well with Russia as of today. I thought we were doing horribly before today ... I think we really had a potential problem." 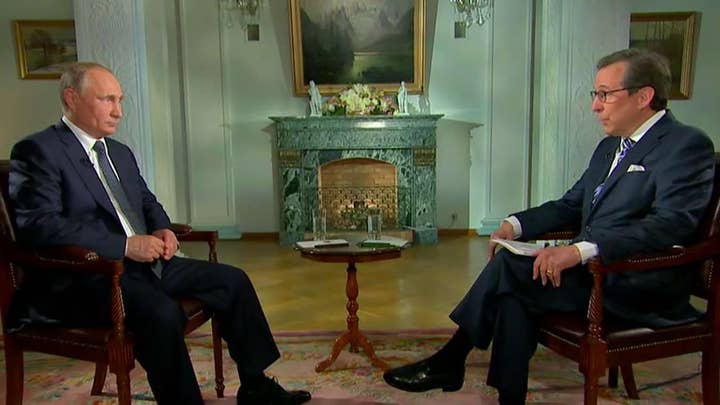 The president said the biggest issue between Russia and the United States has been nuclear proliferation, pointing out how the two countries account for "90 percent" of the world's nuclear weapons "and we've had a phony, witch hunt deal drive us apart."

The president added that Putin told him "he wants to be very helpful with North Korea." However, Trump said: "We’re doing well with North Korea [so] we have time. There’s no rush, it has been going on for many years.

Trump also criticized the media coverage of his conduct at last week's NATO summit in Brussels, where he raised concerns about other members of the alliance not honoring their pledges to spend two percent of their gross domestic product (GDP) on the military.

"The media was very unfair," he said. "I raised $44 billion and the secretary general [of NATO] said, 'He raised $44 billion and it was only President Trump,' because I said, 'Otherwise, we're going to have to start thinking about our relationship to NATO.' I also said this: NATO is wonderful, but it helps Europe a lot more than it helps us. And yet we’re paying for 90 percent of it. 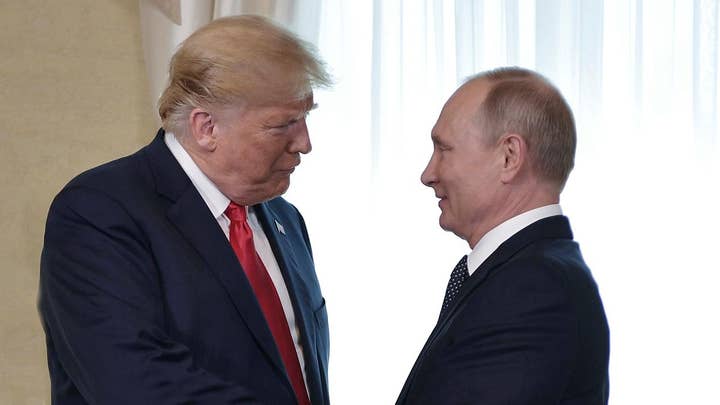 "So, I was amazed [that] much of the media said that I was tough – very tough and nasty to foreign leaders and I really wasn’t at all. But I did say, 'You have to pay up,'" Trump added.

The president later returned to the Russia investigation, slamming Strzok over his testimony before House lawmakers last week and calling him a "total phony."

"It's a very dishonest deal and, you know, you have to find out, who did Peter Strzok report to, because it was Comey and it was McCabe, but it was also probably Obama," said Trump. "[Strzok is] a disgrace to our country. He’s a disgrace to the great FBI. A disgrace. And how he’s still being paid is beyond belief."