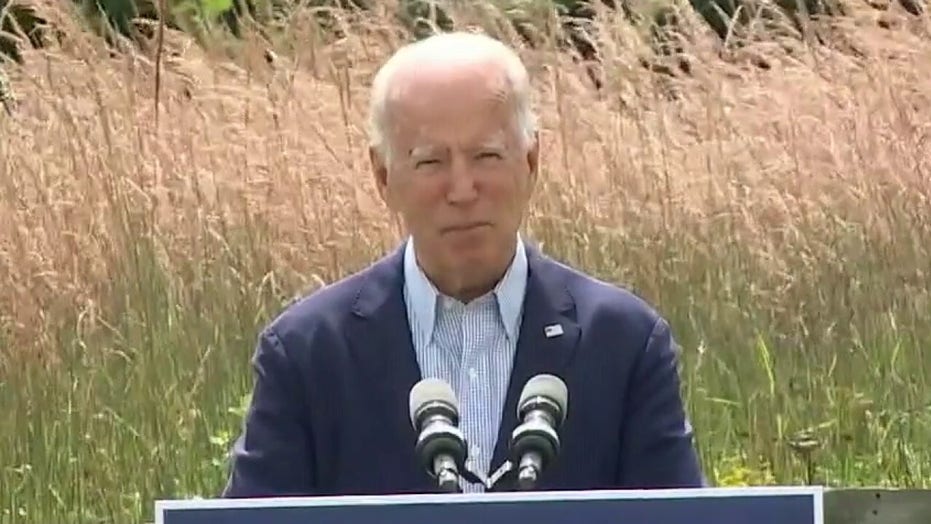 President Trump took to Twitter late Monday to call out Joe Biden, for voting in person for the Delaware primary and said if the former vice president can cast a ballot at a voting center, it is clearly not too difficult for the average American.

“Did you see where Joe  Biden—as Weak, Tired, and Sleepy as he is, went to a Polling Place today in Delaware (of course!) to VOTE? If Biden can do it, any American can do it!” Trump tweeted.

Trump and Republicans have clashed with Democrats over mail-in voting. Trump has insisted that mail-in voting is rife with fraud. Biden has promoted the option and has said “voting by mail is safe and secure." Biden has even called out Trump for requesting a mail-in ballot for the Florida primary back in August.

Ken Farnaso, the Trump 2020 Campaign deputy national press secretary, said at the time that Biden is “disingenuously misleading millions of Americans on universal vote-by-mail and absentee voting -- they are not the same thing. Fundamentally changing how Americans vote 81 days before Election Day is inviting chaos into our election system.”

Trump has been encouraging voters to vote both in person and by mail because he said if the system that is as effective as Democrats say it is, there shouldn't be a problem.

Trump recently told voters in North Carolina to “make sure your Ballot COUNTS, sign & send it in EARLY. When Polls open, go to your Polling Place to see if it was COUNTED. IF NOT, VOTE! Your signed Ballot will not count because your vote has been posted. Don’t let them illegally take  your vote away from you.”