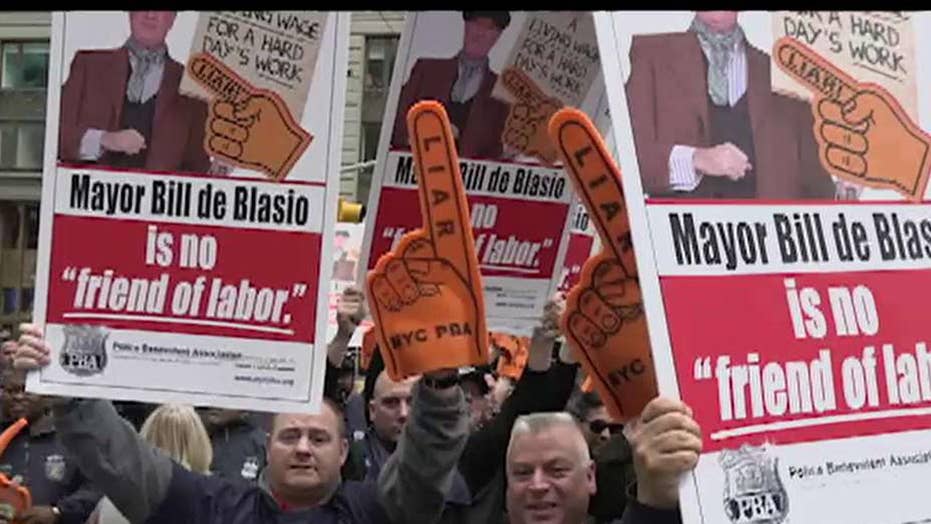 President Trump sounded off on the newly-announced 2020 run of New York City Mayor Bill de Blasio, who confirmed on Thursday morning that he was entering the crowded Democratic field.

"I can't believe it! I just heard that the worst mayor of New York City and, without question, the worst mayor in the United States is now running for president," Trump said in a video message. "It will never happen. I'm pretty good at predicting things like that. I would be very surprised to see him in there for a long period, but it's just not going to happen."

"If you like high taxes and if you like crime, you could vote for him, but most people aren't into that," Trump continued. "So I wish him luck, but really, it'd be better off if he got back to New York City and did your job for the little time you have left. Good luck, do well!"

The president previously tweeted about the mayor's presidential bid, claiming he's "a JOKE."

"The Dems are getting another beauty to join their group. Bill de Blasio of NYC, considered the worst mayor in the U.S., will supposedly be making an announcement for president today," Trump tweeted. "He is a JOKE, but if you like high taxes & crime, he’s your man. NYC HATES HIM!"