At a press conference on crime statistics Thursday, de Blasio teased the news, saying, “As soon as we have something to tell you, we’ll tell you.” But he added that this decision would come by the end of May.

De Blasio himself fueled rumors of 2020 presidential run with visits to Iowa and New Hampshire, something he acknowledged on Tuesday.

“I’m having this very, very serious conversation. I’ve traveled to four states. We’re doing a lot of things to look at this option,” he told a reporter who questioned him about seriousness of a possible campaign. 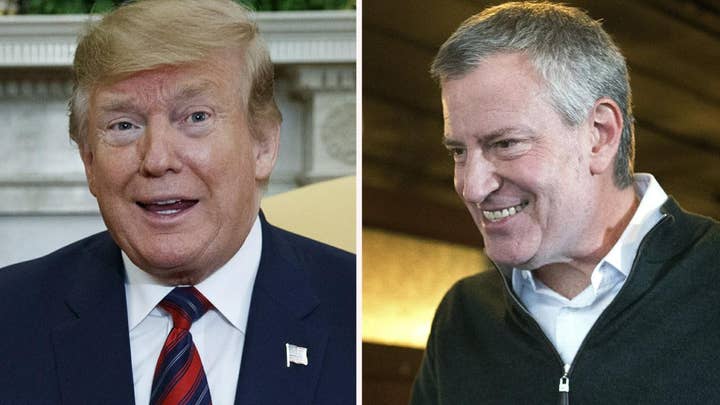 De Blasio, who turns 58 on May 8, also said during a radio interview on Friday that his decision to run is impacted by many factors, including how New York City itself is affected by the current administration.

“I want to emphasize that, I, in making any decision, have to weigh family, have to weigh what I think is in the interest of New York City and the ability to get things done for New York City,” he said on "The Brian Lehrer Show" on WNYC, “because, right now, New York City is hurting because of a whole host of federal policies that are broken, whether it’s climate change, infrastructure, you name it – all of that stuff is hurting us.”

De Blasio, who is term-limited and will be out of the mayor’s office after 2021, denied he would be running mainly to raise his profile and secure a position in another Democrat's administration.

"I have never run for anything without intending to win," he said. "And you can look at my track record. I was an underdog in everything I've ever been near."

But a Quinnipiac poll last month found that New York City voters would not be supporting their mayor; 76 percent didn’t want him to seek the Democratic nomination.

In addition to visiting several important primary states, de Blasio also held a fundraiser at a Boston construction company where tickets were sold at $5,000 a person -- perhaps amassing funds for a White House bid.

Two former City Hall staffers are also working full time on a potential campaign, including Mike Casca, who joined the mayor's staff in 2017 after working on Bernie Sanders' 2016 presidential run.