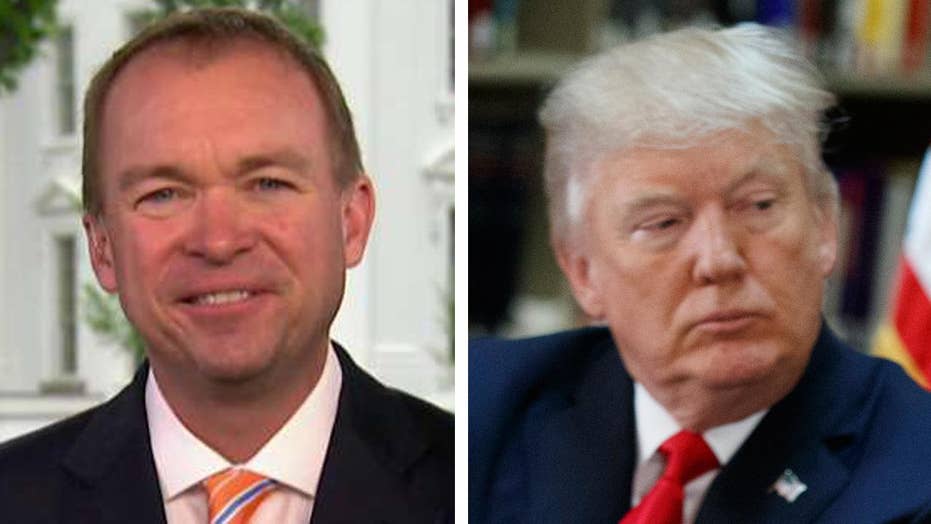 The White House on Wednesday ordered a plan to reduce and streamline the federal government, replacing the hiring freeze President Trump implemented upon taking office in January.

“Billions and billions of dollars are being wasted on activities that are not delivering results for hardworking American taxpayers,” said Trump, who has put his Office of Management and Budget in charge of the effort.

The directive was ordered Wednesday along with a 14-page plan to federal agencies that details the president’s objective to hire in areas of high priority and cut back in others.

The agencies now have until June 30 to develop a draft plan to “maximize the performance of government workers,” and a total 180 days to submit final plans to the White House, according to the directive.

The final plans and “input from the American people and each agency” will be part of Trump’s fiscal 2019 budget, the directive also states.

“The hiring freeze was sort of a way to stop everything while the new management team came in,” Mick Mulvaney, director of the Office of Management and Budget, told Fox News’ “Fox & Friends.”

"Now that we’ve had a couple of months … some folks are going to be allowed to hire back," he said. "But in other areas … we’re going to have these strategical, surgical reductions to the workforce."

The memorandum Trump signed in January imposed an across-the-board hiring freeze for essentially the entire federal government, except for the military and for positions deemed necessary for national security and public safety.

As part of the memorandum, Trump gave Mulvaney three months to come up with a long-term plan to reduce the federal government's size.

The directive does not include agency-specific goals or limits. But Mulvaney has made clear that agencies targeted for significant budget cuts in Trump's first budget proposal, such as the Environmental Protection Agency, will likely be expected to make significant cuts to their workforces.

And agencies that Trump wants to spend more on, like the Department of Veterans Affairs, would be expected to see their payrolls rise.

Trump's budget blueprint calls for a 6 percent increase in VA funding, mostly to pay for rising health costs to treat veterans. The VA is one of three agencies slated for more money amid major cuts to other domestic programs.

Mulvaney declined Tuesday, when first announcing the plan, to say how many jobs, overall, the administration intends to eliminate.

However, Mulvaney acknowledged that many such changes would require congressional sign-off. Democrats have so far opposed nearly every Trump proposal.

Despite the earlier order, the federal government added 2,000 workers in February and 4,000 in January, according to Labor Department figures. Several departments, including the State Department, were granted exemptions from the hiring freeze after voicing concerns.