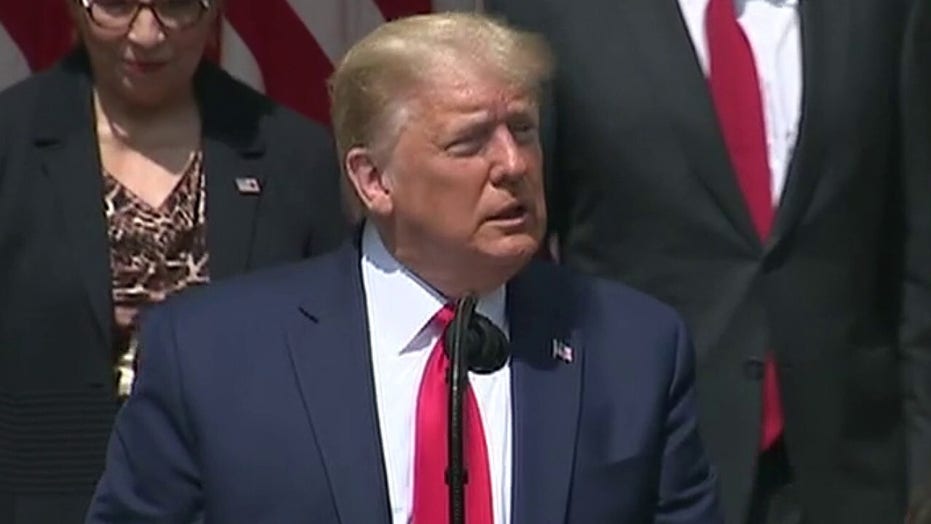 President Trump said Monday during a roundtable with law enforcement he’s going to discuss ideas to see how policing can be done in “a much more gentle fashion.”

Trump said that the country could not give up the “finest law enforcement anywhere in the world.”

“We won’t be defunding our police,” he added. “I guess you might have some cities who want to try.”

On Monday, White House Press Secretary Kayleigh McEnany said the president believed there were “instances of racism” within the police force but that most cops have been “good people.”

When asked what the president thought of the “Justice in Policing” Act unveiled by Democrats, McEnany said Trump hadn’t reviewed it but was looking into options of police reform. However, she added that ending “qualified immunity” protecting police from lawsuits was off the table.

Trump has waged an offense against Democrats using the “defund the police” movement in light of the death of George Floyd to demonstrate the party’s lurch to the left.

Days after Floyd died while in police custody, Black Lives Matter said they “call for a national defunding of police,” and notable Democrats have echoed the sentiment.

Joe Biden was hesitant to speak out on the movement early on, but on Monday he came out against the push to defund police, though he supported the “urgent need for reform.”

BIDEN COMES OUT AGAINST DEFUNDING POLICE, AS MOVEMENT GAINS TRACTION

Bates added that Biden supported “the urgent need for reform,” which he said included “funding for public schools, summer programs and mental health and substance abuse treatment separate from funding for policing — so that officers can focus on the job of policing.”

One week ago, Trump urged governors to “dominate” the streets, at the height of unrest which led to looting and burning.

“You’ve got to arrest people, you have to track people, you have to put them in jail for 10 years and you’ll never see this stuff again,” Trump went on. “We’re doing it in Washington, D.C. We’re going to do something that people haven’t seen before.”