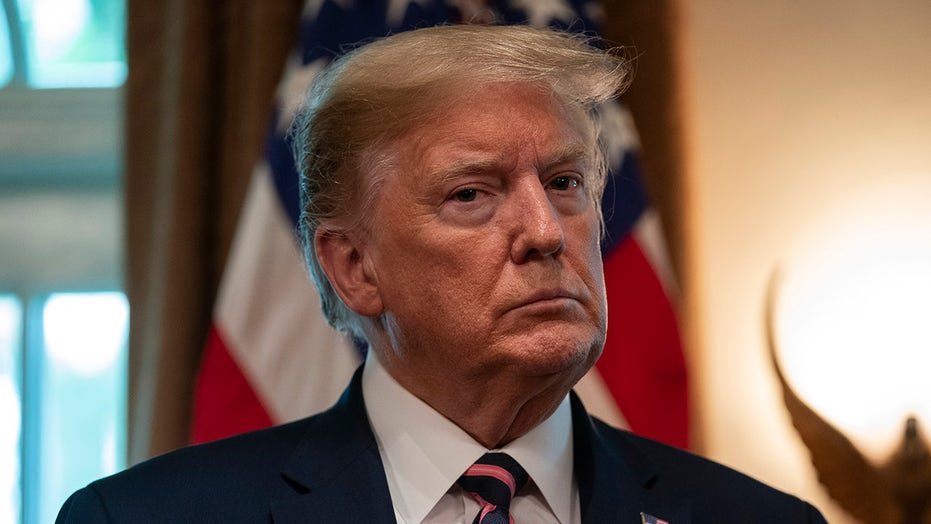 President Trump addressed the sex-assault allegations swirling around his presumptive 2020 presidential challenger Joe Biden Thursday, saying he “should respond” to recent claims from a former staffer who worked for him in the early 1990s when he was in the Senate.

Trump responded to a journalist's question about what he would say to Biden regarding Tara Reade’s allegations during a White House press briefing on the coronavirus crisis.

“I don’t know anything about it,” Trump said. “I think he should respond. It could be false accusations.”

The president said that he’s faced false accusations himself and then brought up the controversy that plagued Justice Brett Kavanaugh’s confirmation to the Supreme Court of the United States.

“He was falsely charged,” Trump said of Kavanaugh. “What happened with him was an absolute disgrace to our country.”

ROSE MCGOWAN LASHES OUT AT DEMOCRATS, MEDIA: 'NOW I KNOW TOO MUCH'

The president is not the first person to highlight the contrasts between how Democrats handled the allegations of Dr. Christine Blasey Ford against Kavanaugh -- by stalling his confirmation process and demanding an FBI investigation -- and how they have treated Reade’s accusations against Biden.

Earlier Thursday, a reporter asked House Speaker Nancy Pelosi whether Democrats had a different standard for Biden, a longtime Democratic Party figure, and Kavanaugh, whom President Trump nominated for the nation’s highest court.

“There’s a lot of excitement around the idea that women will be heard and be listened to,” Pelosi said. “There’s also due process and the fact that Joe Biden is Joe Biden.”

She argued that aside from Reade, other former Biden staffers said there was “never any record” of Biden’s alleged misbehavior.

The same could be said about Kavanaugh, who also denied the allegations made against him. And witnesses purported to be at the same high school party decades ago -- where Dr. Ford claimed he had assaulted her -- also had no recollection of the incident.

"When we looked at Brett Kavanaugh, there was literally zero contemporaneous evidence of the accusation against him by Christine Blasey Ford,” Fox News Radio host Guy Benson said on “America’s Newsroom” Wednesday. “Her own top witness and good friend could not corroborate her story.”

Despite the claim that there is no contemporaneous record of the allegations against Biden, a 1993 clip from “Larry King Live” resurfaced last week and appeared to include Reade’s mother alluding to “problems” her daughter faced while working for the former Delaware senator.