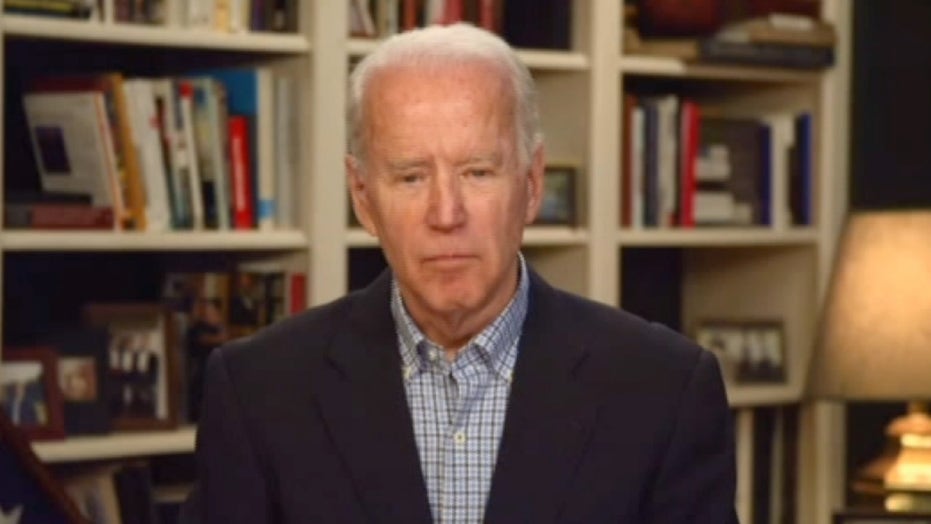 The allegations were leveled earlier this week by a woman named Tara Reade, an apparent supporter of Biden’s primary rival, Sen. Bernie Sanders, I-Vt., who said she was a staff assistant for Biden in 1993 when he was in the Senate.

Reade has come forward before—last year, when multiple women emerged claiming inappropriate touching by Biden. Reade, at the time, claimed Biden put his hands on her shoulders and rubbed his fingers up and down her neck, but was unable to gain traction on her story aside from an article in a local newspaper.

But this week, Reade told a far more graphic account, with different and more serious details, raising the allegation to the level of sexual assault.

But Marianne Baker, former executive assistant to then-Senator Biden, rejected the allegations, in a statement provided by the Biden campaign.

"For nearly 20 years, I worked as Senator Biden’s executive assistant and supervised dozens of employees who reported to me. I took very seriously my duties with respect to human resources, following the direction of a Senator whose insistence on a professional workplace was embedded in our culture,” Baker, who worked for then-Senator Biden from 1982 to 2000, said in a statement.

“In all my years working for Senator Biden, I never once witnessed, or heard of, or received, any reports of inappropriate conduct, period -- not from Ms. Reade, not from anyone,” she continued. “I have absolutely no knowledge or memory of Ms. Reade’s accounting of events, which would have left a searing impression on me as a woman professional, and as a manager.”

Several women came out last spring to accuse the former vice president of inappropriately touching them, but Reade is the first to allege sexual assault.

Biden and his campaign have denied accusations that he acted inappropriately around women. Still, the campaign, last year, vowed to listen to any allegations or concerns.

For her part, Reade has openly advocated for Sanders' candidacy, at a time when Biden has amassed a daunting delegate lead over the Vermont senator in the Democratic presidential primary. The former vice president is widely expected to be able to clinch the nomination once primaries that have been postponed amid the coronavirus pandemic resume.

“I will sue anyone who continues to slander me call me a Russian agent The Charges of sexual harassment & worse against Biden are true I will have the information collected of your slander turned over to law enforcement #DemocraticPrimary #BernieForPresident,” another tweet, purportedly posted by Reade this month, said.

The Russia reference likely pertains to past writings under her name that speak glowingly of Russian President Vladimir Putin.

Reade has also given varying details about her time with Biden's office. A Medium post under her name from 2018 said she left D.C. amid concerns over American "imperialism" and "xenophobia" toward Russia. She later alleged that she left after Biden "objectified" her.

Her account this week is more graphic than that given in a media interview in 2019.

Fox News' attempts to reach Reade on Friday were unsuccessful.