Podcast Host Dr. Drew Pinsky weighs in on the homeless crisis and the president's comments.

President Trump tore into his Democratic rivals for the presidency at a campaign rally in Cincinnati Thursday night, but dialed back his criticisms of the so-called "Squad" of freshman Democratic lawmakers in the first rally since his supporters drew bipartisan condemnation last month by engaging in an impromptu "Send her back!" chant directed at Somali-born Rep. Ilhan Omar, D-Minn.

Almost immediately, Trump charged that the "Democrat party is now being led by four left-wing extremists who reject everything that we hold dear" -- an apparent reference to the "Squad." The comment drew jeers, but no chanting, from attendees.

The president pointedly did not name and criticize each member of the "Squad," as he did at the previous rally in Greenville, N.C.

Trump did, however, condemn what he called the "wasted money" that has led to "blight" in inner cities run by Democrats. But he initially declined to specify which cities he was referring to, because as he put it, "we want no controversy."

"Today, I have a simple proposal for Democrat leaders to support legislation to end illegal migration, and we will use the vast savings to rebuild our inner cities," Trump said. "That's the way we should be doing it." 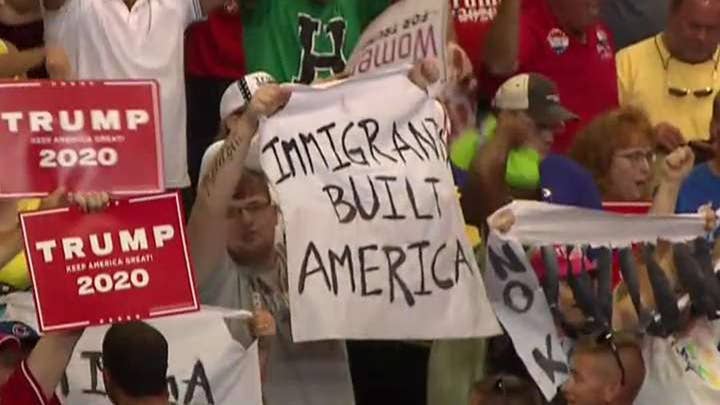 His comments came after decades-old video emerged of House Oversight Committee Chairman Elijah Cummings, D-Md., referring to his community of Baltimore as a "drug-infested" area, using a term that Trump included in a tweet widely panned as a racist attack on the city.

"The homicide rate in Baltimore is significantly higher than El Salvador, Honduras, Guatemala," Trump said, before joking: "I believe it's higher than Afghanistan."

After the crowd broke out into a "Lock her up!"  chant, Trump continued, "Look at Los Angeles, with the tents, and the horrible, horrible disgusting conditions," Trump added. "Look at San Francisco. And then you have a governor who invites the whole world to come into California, we'll pay for your healthcare. .. Who wouldn't come up? How crazy is this?"

At one point, a protester with a pro-immigrant disrupted the rally for several minutes.

"I grew up in Ohio and know a bunch of random facts about the state. The irony of supporters in Ohio being anti-immigrant is that Ohio was literally co-founded by an immigrant," tweeted California Democratic Rep. Ted Lieu as the rally progressed.

Trump also drew cheers by claiming that Wednesday's Democratic presidential  "so-called debate" involved, at times, more attacks on his predecessor than his own administration.

"The Democrats spent more time attacking Barack Obama than they did attacking me, practically," Trump said.  "The Democrats have never been so far outside the mainstream."

He added that former Vice President Joe Biden has "no clue what the hell he is doing."

Trump captured Ohio by nearly nine percentage points in 2016 -- "we won by a lot," Trump told attendees Thursday -- and he fared somewhat better among midterm voters in Ohio than among voters in Rust Belt neighbors Michigan and Wisconsin.

Protesters carry Trump balloons during a "We Stand Up" gathering as they protest a campaign rally by President Donald Trump Thursday, Aug. 1, 2019, in Cincinnati. (AP Photo/Gary Landers)

"Right now Ohio is the most successful it has ever been in the history of our country. Congratulations, Ohio," Trump said.

China also insisted again that China, not U.S. taxpayers, would bear the brunt of the new tariffs he announced earlier Thursday.

And towards the end of his wide-ranging rally, Trump worked in a sarcastic jab at former Special Counsel Robert Mueller's recent testimony: "He was sharp as a tack."

Several small protests occurred around the rally site, including one at the nearby National Underground Railroad Freedom Center. It focused on the slavery era and current struggles against injustice around the world.

But all eyes were watching the U.S. Bank Arena crowd, and how Trump would react if another disruptive chant broke out.

Trump said earlier Thursday that he would "prefer" that his supporters at the rally don't engage in a similar chant.

TRUMP ANNOUNCES MAJOR NEW TARIFFS ON $300B IN CHINESE GOODS

"I don't know that you can stop people," Trump said. "We'll see what we can do. I'd prefer that they don't. But if they do it, we'll have to make a decision then."

Even his closest advisers had seemed uncertain as to what might transpire.

"If it happened again, he might make an effort to speak out about it," Vice President Mike Pence said recently.

Republican Rep. Steve Chabot, who represents a Cincinnati-area district, said Wednesday he hopes the crowd will avoid such chants this time, and he thinks Trump will react more quickly if it does happen.

"I would discourage the crowd from doing anything inappropriate and I think saying something like that would be inappropriate," Chabot said. "I would hope that the president would silence the crowd, tell them: 'Hey, don't do that, there's no place for that. It's not helpful, it's not right.'"

Ohio Gov. Mike DeWine said Wednesday that he found Trump's comments about the Democratic freshman "squad" to be "inappropriate," but added that he would not raise the matter with the president.

Fox News' Sarah Tobianski and The Associated Press contributed to this report. 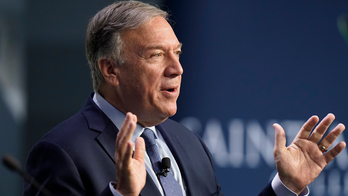 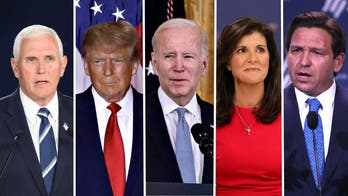 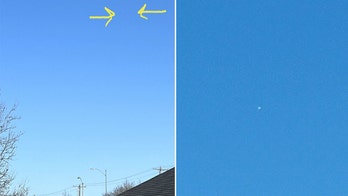 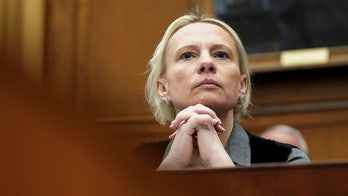