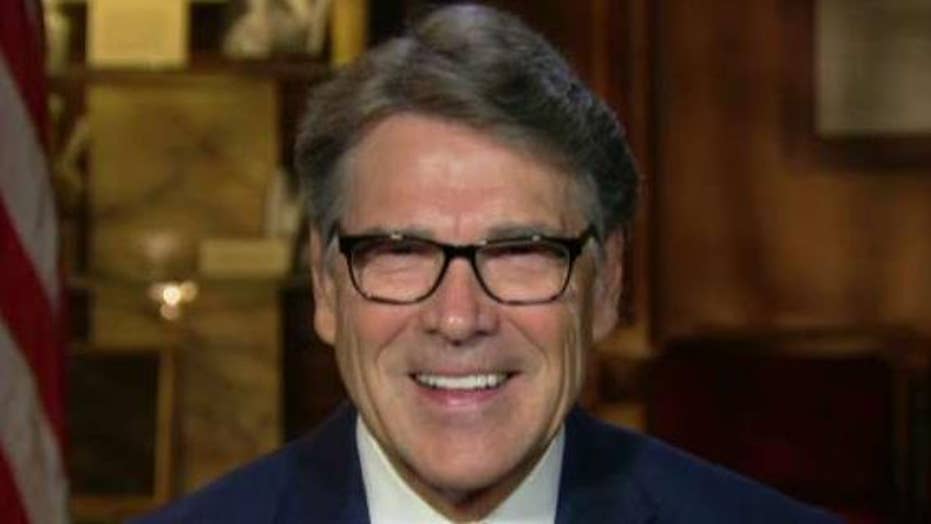 Energy Secretary Rick Perry says he is ready to move back to Texas and on to the next adventure in life.

"I want to thank Secretary of Energy Rick Perry for the outstanding job he has done. He will be leaving at the end of the year to pursue other interests. Rick was a great Governor of Texas and a great Secretary of Energy. He is also my friend!" Trump tweeted.

"At the same time, I am pleased to nominate Deputy Secretary Dan Brouillette to be the new Secretary of Energy. Dan’s experience in the sector is unparalleled. A total professional, I have no doubt that Dan will do a great job!" the president said.

Perry, a former Texas governor, had come under scrutiny over the role he played in the president's dealings with Ukraine, which are currently the subject of an impeachment inquiry -- raising questions as to whether the probe factored into his decision to leave. House Democrats subpoenaed Perry as part of their investigation. 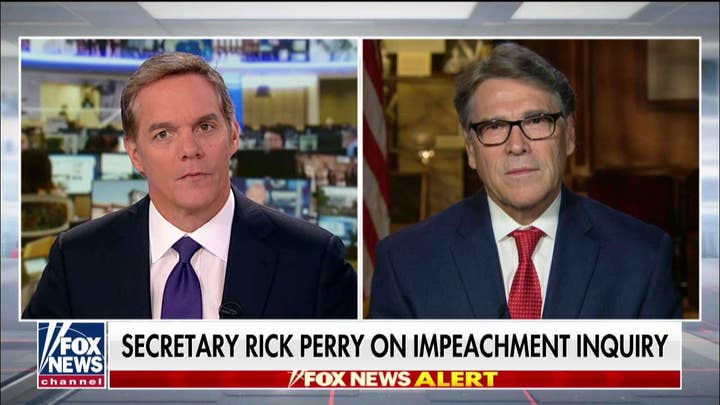 Multiple administration sources reiterated to Fox News that Perry was central to the apparent foreign policy operation to encourage a Ukrainian investigation into 2020 presidential hopeful Joe Biden's actions involving the country. They said Perry was one of a handful of officials working on the matter hand-in-glove with Trump and the president's personal attorney Rudy Giuliani.

But in an interview Friday on "America's Newsroom," Perry told Fox News' Bill Hemmer that his decision to leave did not have anything to do with Ukraine.

"It has everything to do for the last eight or nine months. I've been looking back to Texas on a pretty regular basis... My wife, my dogs, and kinda going on to the next adventure in life," Perry said.

Trump called Perry "outstanding"  when speaking to reporters on Thursday and announced at the time, "We already have his replacement."

Brouillette previously worked as an executive at USAA, which provides insurance and other financial services to service members, and Ford Motor Co. He worked as an assistant energy secretary under George W. Bush and a Louisiana state energy regulator, among other work.

Fox News' Gregg Re, Gillian Turner and The Associated Press contributed to this report.