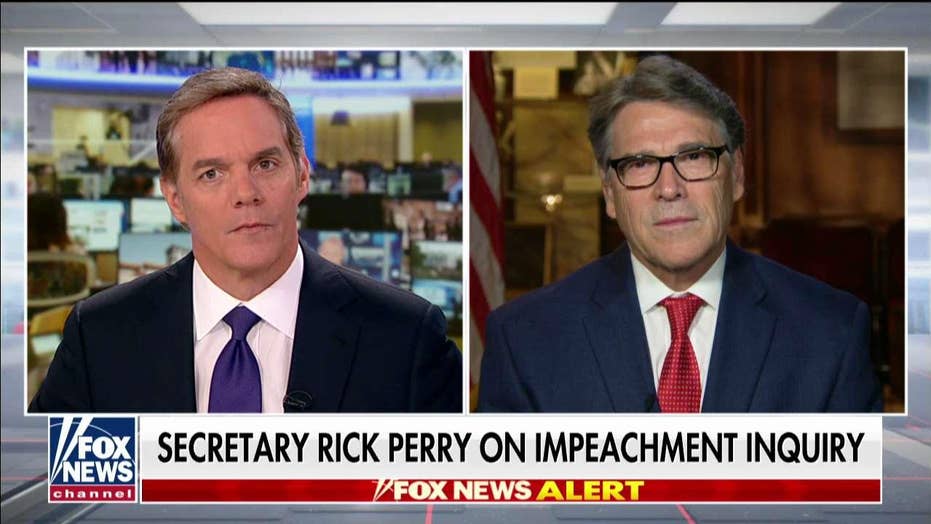 Energy Secretary Rick Perry says he is ready to move back to Texas and on to the next adventure in life.

The United States is being "hamstrung" because of the House Democrats' "politically generated" impeachment inquiry, Secretary of Energy Rick Perry said on Friday, as he was pressed on the timing of his looming departure from the administration.

Appearing on "America's Newsroom," Perry told co-host Bill Hemmer that what the president has done wrong "in a lot of people's eyes" is win the 2016 election and that important issues like trade and the USMCA deal are being pushed to the side by this "almost crazed idea."

"If they're going to do this, they need to at least follow the historic rules," said Perry. "And, they're not."

After almost three years in the White House, Perry notified President Trump Thursday that he intends to leave his job. The departure had been rumored for weeks. He denied to Hemmer that it had anything to do with Ukraine, saying that the last nine months he has been looking to get back to his home in Texas, where he was governor for 15 years.

Fox News was told Perry had planned to resign at the end of the year. However, he had come under scrutiny over the role he played in the president's dealings with Ukraine--currently the subject of the impeachment inquiry-- raising questions as to whether the probe factored into his announcement.

House Democrats subpoenaed Perry this week as part of their investigation. He said that he would rely upon his general counsel for advice before deciding if he would testify and turn over documents.

On Thursday, Mick Mulvaney, the acting White House chief of staff, seemed to contradict President Trump’s claim that there was no “quid pro quo” during his July phone call with Ukrainian leader Volodymyr Zelensky. In a press conference, Mulvaney told reporters at the White House that the release of military aid to Ukraine was tied to the administration’s demands that Kiev investigate purported corruption by the Democrats during the 2016 presidential election campaign.

Perry told Hemmer that there was "no quid pro quo in the sense of what those folks out there would like for it to be" and that Mulvaney was "straight up with what he said." 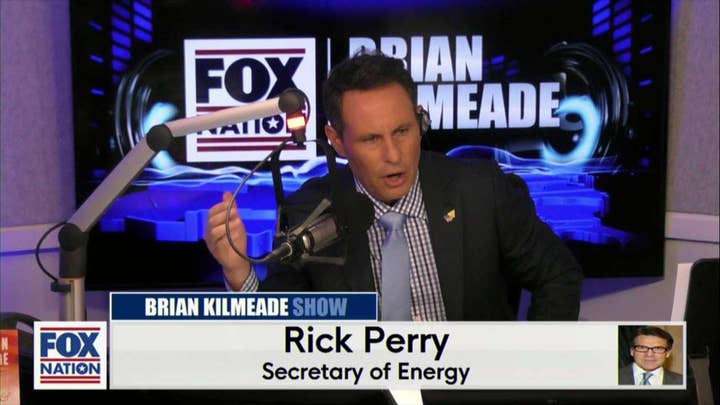 "I think the truth of the matter," he added, "is we've been working to get Ukraine back in the sphere of influence of the United States and the Western states with American gas for two-plus years when [former Ukranian President Petro] Poroshenko was over there. We met with him. We talked to him about: 'You've got to get rid of the corruption in this country.'"

"Everyone knows that the oligarchs and the people in that country were corrupt. Or, too many of them were -- let me put it that way," he stated. "And, Zelenskiy ran on this. He said, 'You elect me and I will stop this corruption in the country.' We had those conversations with him."

"No," Perry said emphatically. "President Trump wasn't going to send American money to a country that had a history of being corrupt." 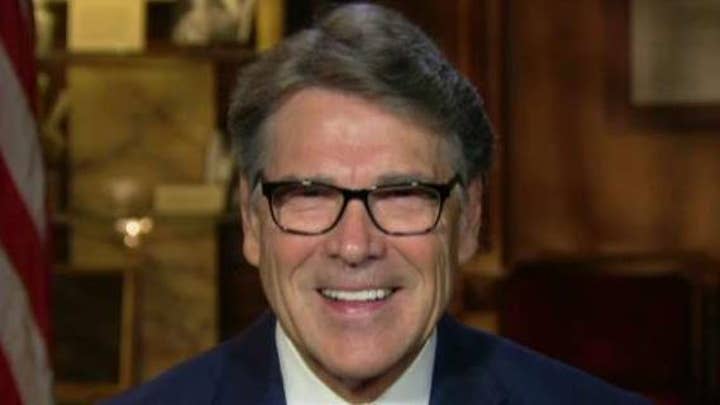 In an exclusive interview published in The Wall Street Journal late Wednesday, Perry said that he pushed on President Trump "a lot" to make the Zelenskiy phone call because he "became convinced that Zelensky, the people around him, were legitimately trying to get rid of the corruption and get off the Russian gas."

Hemmer asked: "You said a week ago [in The] Wall Street Journal you were told to consult with Rudy Giuliani on matters with Ukraine. Were you okay with that?"

Perry responded: "I trust him."

"It didn't strike you as odd?" Hemmer asked.

"As the governor of Texas, I used people outside of the government all the time to give me information: experts," Perry answered. He added that he respected the State Department but happens to know people in the energy industry that are "smarter than the State Department folks" and didn't see a problem with Giuliani's involvement.

Hemmer asked: "Will they find any evidence of a crime based on your experience and your dealings with the West Wing of the White House and Ukraine, sir?"