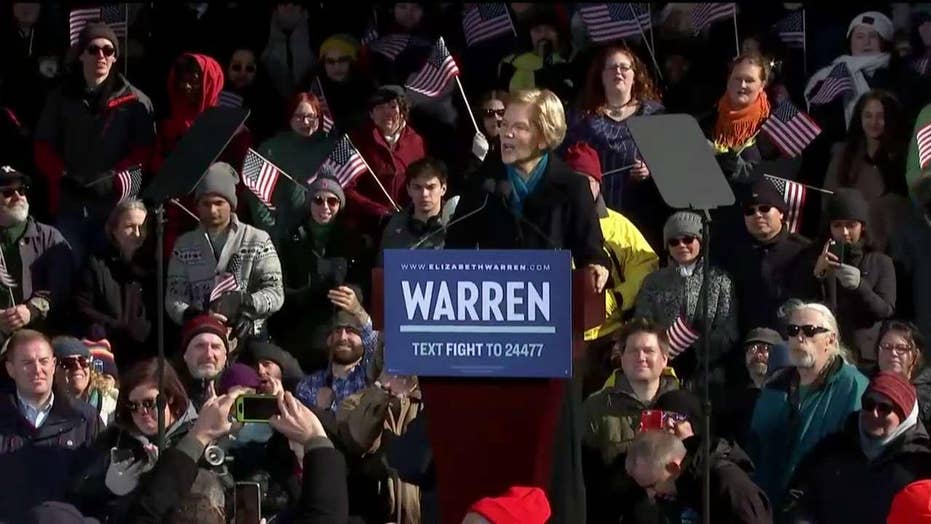 Warren, Democratic Massachusetts senator, officially announced her candidacy on Saturday in Lawrence. Touting a progressive agenda, she didn't refer to recent controversies over her longstanding claims about having a Native American heritage.

No matter. Within hours, Trump made it clear he was happy to reference the issue himself, even if she wouldn't. He did so on Twitter, where he made light of Warren and threw down a campaign gauntlet.

"Today Elizabeth Warren, sometimes referred to by me as Pocahontas, joined the race for President," Trump wrote early Saturday evening ."Will she run as our first Native American presidential candidate, or has she decided that after 32 years, this is not playing so well anymore? See you on the campaign TRAIL, Liz!"

WARREN APOLOGIZES FOR NATIVE AMERICAN CLAIM, SIGNALS THERE MAY BE OTHER DOCS OUT THERE

Earlier in the day, in announcing her candidacy, Warren didn't name-check the president, but she did reference him, saying “the man in the White House is not the cause of what’s broken, he’s just the latest and most extreme symptom of what’s gone wrong in America.”

She also talked of her roots in Oklahoma. saying "when my daddy had a heart attack, my family nearly tumbled over the financial cliff."

One thing she didn't mention, though, was her claims of Native American ancestry, which first came to the fore during her 2012 victory over then-Republican Sen. Scott Brown of Massachusetts.

Her October release of a DNA test, meant to bolster her longstanding claims in hopes of settling the controversy before she launched a presidential bid, was widely panned. The move was intended to rebut Trump’s controversial taunts of Warren as “Pocahontas.” Instead, her use of a genetic test to prove ethnicity spurred controversy that seemed to blunt any argument she sought to make.

The taking of the DNA test also angered some tribal leaders of the Cherokee Nation, which resulted in an apology by Warren to the tribe. And she apologized again in the last couple of days after the surfacing of a 1986 registration card for the Texas state bar showed that she had written “American Indian” as her race. The inability to put the controversy to rest has proved to be a distraction to Warren, threatening to cast a shadow over her presidential announcement. 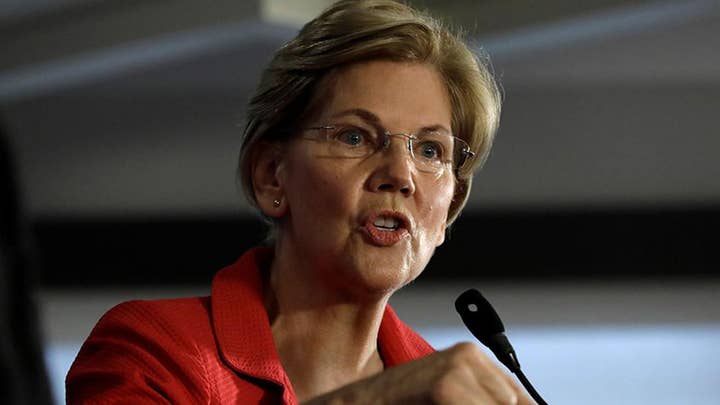 Minutes before her announcement, Trump's 202 campaign tagged Warren as a fraud.

"Elizabeth Warren has already been exposed as a fraud by the Native Americans she impersonated and disrespected to advance her professional career, and the people of Massachusetts she deceived to get elected," campaign manager Brad Parscale said in a statement. "The American people will reject her dishonest campaign and socialist ideas like the Green New Deal, that will raise taxes, kill jobs and crush America's middle-class. Only under President Trump's leadership will America continue to grow safer, secure and more prosperous."