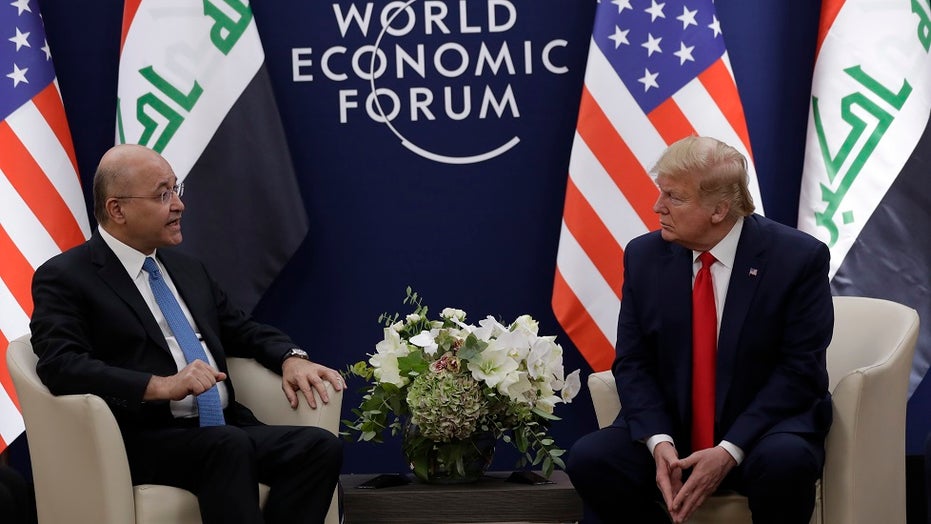 President Trump on Thursday met with Iraqi President Barham Salih on the sidelines of the annual World Economic Forum (WEF) in Davos, Switzerland, their first face-to-face meeting since a U.S. drone strike killed an Iranian general on Iraqi soil and has strained ties between Washington and Baghdad.

Trump hinted at possible sanctions during the bilateral meeting between the two leaders.

“We'll see what happens, because we have to do things on our terms," he told reporters.

Salih said Iraq and the U.S. share common goals, including the fight against extremism, regional stability and an independent Iraq. Trump interjected, saying that the U.S. is also involved with Iraq's oil industry.

The meeting was the first between the two leaders since the Jan. 3 killing of Iran Quds Gen. Qassem Soleimani near Baghdad's airport. The attack enraged Iranian officials and provoked a retaliatory missile strike from Tehran at Iraqi military bases where American and Coalition troops were housed.

US President Donald Trump, right, attends a meeting with his Iraqi counterpart Barham Salih at the World Economic Forum in Davos, Switzerland on Wednesday. Trump's two-day stay in Davos is a test of his ability to balance anger over being impeached with a desire to project leadership on the world stage. (AP Photo/Evan Vucci)

Iraqi lawmakers were also displeased about the airstrike and voted to expel U.S. troops from the country in a non-binding resolution.

“We’re down to 5,000 [service members]. So we’re down to a very low number -- historically low. And we’ll see what happens," Trump said when asked if he planned to withdraw American troops from Iraq. 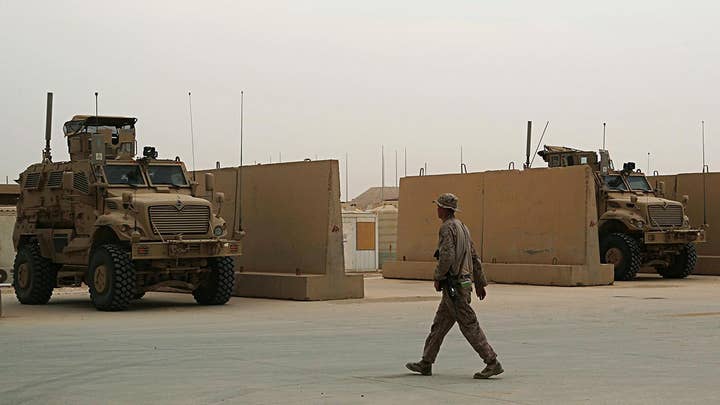 The bilateral meeting came amid threats from the Iraqi militia group Kataeb Hezbollah, backed by Iran, which warned Salih to avoid meeting Trump or not to return to Baghdad, statements posted online indicated. The group also threatened lawmakers for voting against the resolution to expel American troops.

Thursday's meeting comes as resentment continues to grow over inaction by lawmakers to address the slaying of Iraqi anti-government protestors. Eight people were wounded Thursday when security forces fired tear gas to disperse protesters on a Baghdad highway.