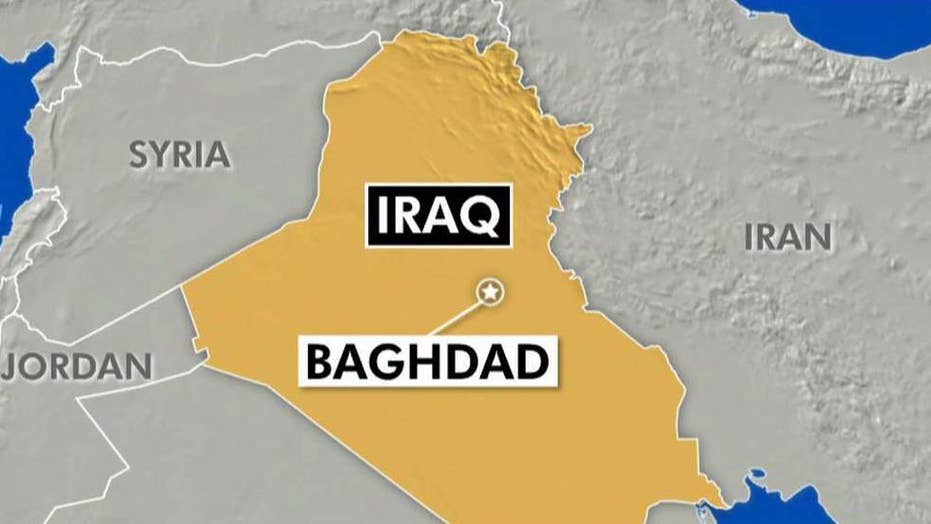 Separately, three katyusha rockets landed in Baghdad's fortified Green Zone, the seat of Iraq's government and home to several foreign embassies, but caused no injuries or damage, two security officials said. The officials spoke on condition of anonymity in line with regulations.

The clashes prompted authorities to close key streets and thoroughfares leading to the Iraqi capital's center.

The violence was the latest since protests in Iraq reignited last week after a brief lull amid soaring tensions between Washington and Tehran following a U.S. drone strike that killed top Iranian general Qassem Soleimani in Baghdad earlier this month.

Anti-government protests have similarly resumed in Lebanon after a brief hiatus, entering a new, violent phase as anger against a worsening economic crisis and politicians' inaction mounts. Hundreds of people were injured over the weekend as security forces fired tear gas and rubber bullets in clashes in downtown Beirut.

The rockets landed close to the U.S. embassy in the Green Zone, and are the latest in several similar attacks. As in the other incidents, the perpetrators were not immediately known but the strike comes during a sensitive time as the U.S. and Iran step back from taking further escalating action on Iraqi soil. Two rockets fell in the Green Zone on Jan. 8.

In Baghdad, the tear gas and live rounds were fired near Sinak Bridge and also the nearby Tayaran Square, which have been the scene of violence in recent days, medical and security officials said. 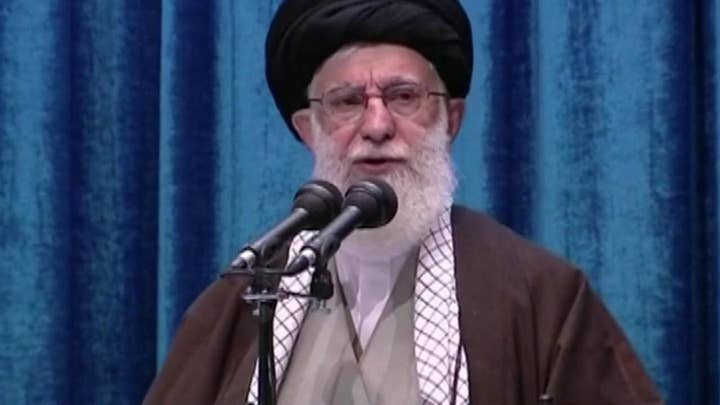 A gunshot wound killed one protester, while a second died after being struck in the head by a tear gas canister, medical officials said. A third later succumbed to his injuries, the officials said.

A statement from the Baghdad Operations Command said fourteen officers were wounded by a group of rock-throwing "inciters of violence " while trying to secure the entrance to Tahrir Square, the epicenter of the protest movement.

Among the dead was Yousif Sattar, 21, a local journalist covering the protest movement, one medical official and an activist said.

"Despite these actions our forces continued to exercise restraint and follow up on the security duties assigned to them," said the statement.

A security official said at least nine arrests have been made so far after the National Security Council authorized security forces to arrest demonstrators seen blocking main thoroughfares and roundabouts.

DAN HOFFMAN: U.S. WILL STAY IN IRAQ TO FIGHT ISIS

The U.N. envoy to Iraq, meanwhile, urged Iraqi political elites to resume pushing for reforms and for protests to remain peaceful.

"Any steps taken so far to address the people's concerns will remain hollow, if they are not completed," said Jeanine Hennis-Plasschaert in a statement issued by the U.N. "Violent suppression of peaceful protesters is intolerable and must be avoided at all costs."

In the southern city of Nasiriyah, protesters blocked the highway linking the city to the southern oil-rich province of Basra. At least six protesters were wounded when an unknown gunman fired at them from a speeding car, a medical official said. 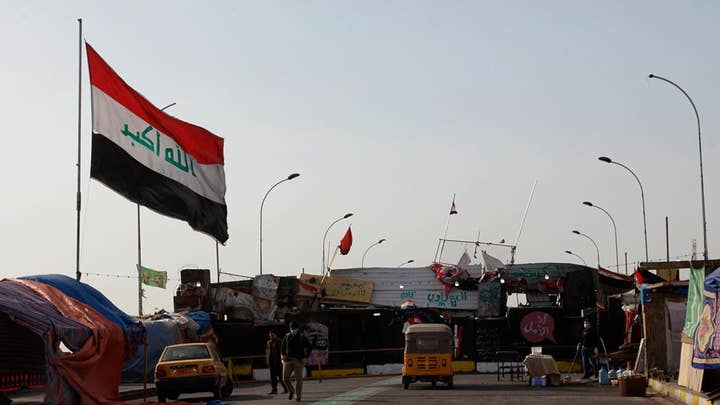 All officials spoke on condition of anonymity under regulations.

On Sunday, protesters in Baghdad and southern Iraq burned tires, blocking main streets. Clashes in Baghdad wounded at least 27 people. Iraqi activists gave the government a week's deadline to act on their demands for sweeping political reforms or said they would up the pressure with new demonstrations.

The uprising began on Oct. 1 when thousands of Iraqis took to the streets to decry rampant government corruption, poor public services and a scarcity of jobs. Protesters are demanding an end to Iraq's sectarian political system, alongside early elections and the stepping aside of its ruling elite.

Later that month, lawmakers passed a key new electoral law that would give voters more say in who's elected to office.

But bickering between rival political factions has set back talks over the selection of a new premier. Abdul-Mahdi's appointment was the product of a provisional agreement between rival parliamentary blocs led by the influential Shiite cleric Moqtada al-Sadr, and another led by Hadi al-Ameri.

Since the protests first erupted in October, at least 500 have died under fire from security forces.