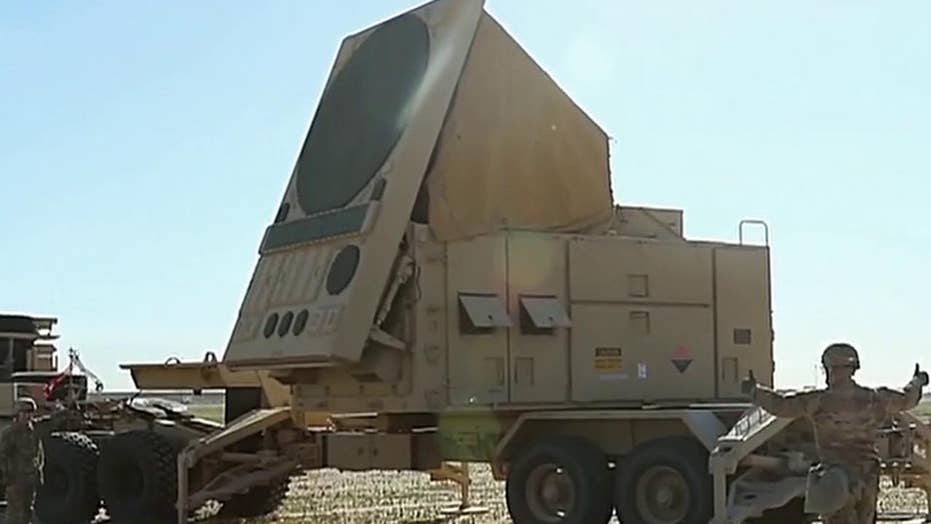 The Pentagon is likely deploying a missile-defense system to Iraq in response to Iran’s ballistic missile attack on an Iraqi base housing American troops earlier this month, U.S. defense officials tell Fox News.

The move comes after U.S. troops were sent to a medical facility in Germany after complaining of head injuries following the Iranian missile attack.

Eleven U.S. troops were flown out of Iraq late last week for treatment out of an “abundance of caution,” according to a spokesman for American forces in the Middle East.

Speaking at Davos earlier Wednesday, where some 3,000 dignitaries and business leaders are gathered for the annual World Economic Forum, President Donald Trump appeared to downplay the extent of the troops’ injuries.

“I heard that they had headaches, and a couple of other things,” Trump said. “But I would say and I can report it is not very serious.”

On Jan. 8, Iran fired 11 short-range ballistic missiles at al-Asad Air Base in Iraq, where more than 1,000 U.S. troops are based. The attack was in retaliation for Trump’s authorization of a drone strike that killed Gen. Qassem Soleimani, Iran’s top military general.

Trump threatened sanctions on Iraq earlier this month if the government went forward with potential plans to expel the 5,000 U.S. troops currently deployed in Iraq.

Fox News previously reported that the U.S. military didn’t shoot down any of Iran’s ballistic missiles because there was no missile defense system in position.

There is a worldwide shortage of Patriots. Some units are currently bogged down protecting bases in Saudi Arabia.

Other Patriot units are being used to protect American forces in Kuwait, United Arab Emirates, and Qatar, where billions of dollars of aircraft are based, including stealth fighter jets.