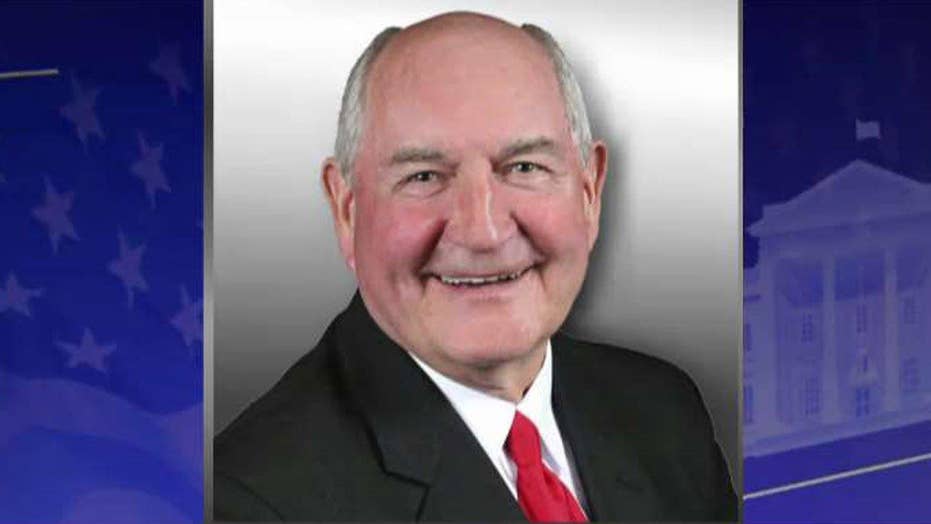 Donald Trump made the rounds in Washington on Thursday during his final hours as president-elect, thanking his congressional allies during a luncheon at his namesake hotel – after completing his Cabinet line-up by tapping former Georgia Gov. Sonny Perdue to lead the Agriculture Department.

The incoming president arrived in the Washington area shortly after noon at Maryland's Joint Base Andrews. He was joined by his wife, Melania, and other members of his family, as he prepared for an afternoon of pre-inaugural events.

His first stop was his hotel along Pennsylvania Avenue, where he praised GOP leaders like Speaker Paul Ryan and touted his Cabinet nominees as having the “highest IQ” of any team.

“Our beachhead teams are ready to land,” he said, boasting that the transition was “on schedule and under budget.”

The "beachhead teams" are composed of 536 temporary employees that serve as assistants to the secretary-designates. They can serve up to 120 days, at which point they may be retained.

"We are all ready to go to work," Pence said. "In fact, we can't wait to get to work for the American people to make America great again."

Secretary of Housing and Urban Development nominee Ben Carson, Attorney General nominee Jeff Sessions and longtime adviser Rudy Giuliani were seated to the side of the podium as Pence spoke. Pence said his primary purpose was to thank "the team that got us here to this day at the direction of the president-elect."

"When you see a box turtle on a fence post, you know he had some help getting there," Pence said.

Trump is hoping to have a number of his Cabinet nominees confirmed on Friday hours after he officially takes office. Several of his top nominees -- including Secretary of Defense nominee Gen. James Mattis and Secretary of State nominee Rex Tillerson -- have already had confirmation hearings. Republicans, at the least, would like the national security team confirmed on Day 1.

Spicer chided Democratic senators who have threatened to hold up some of the votes and have led aggressive questioning of the nominees so far. Spicer said there’s “no excuse” for what he called “delay tactics” and “partisanship.”

One pick who likely won't be confirmed for Day 1 is Perdue, long-rumored to fill the Agriculture post but not officially named until Thursday.

“Sonny Perdue is going to accomplish great things as Secretary of Agriculture,” Trump said in a statement. “From growing up on a farm to being governor of a big agriculture state, he has spent his whole life understanding and solving the challenges our farmers face, and he is going to deliver big results for all Americans who earn their living off the land.”

Perdue, 70, would be the first Southerner in the post in more than two decades. The last three agriculture secretaries have been from Iowa, North Dakota and Nebraska.

“Beginning as a simple Georgia farm boy, making sure Americans who make their livelihood in the agriculture industry are thriving is near and dear to my heart, and I’m going to champion the concerns of American agriculture and work tirelessly to solve the issues facing our farm families in this new role," Perdue said in a statement.

REPUBLICANS PUSHING TO CONFIRM SLATE OF TRUMP NOMINEES ON DAY 1

Perdue began his political career as a Democrat in the Georgia Legislature in the 1990s. After switching his allegiance to the Republican Party, he was elected governor in 2002. Perdue focused on finding ways to save money while improving customer service by state agencies — such as reducing wait times for renewing driver's licenses. He often referred to himself as Georgia's CEO.

"If I could choose my legacy it would be the epithet that ‘he made government work,’" Perdue told The Associated Press in 2010 before he left office. "That's really what I've focused on. It's not some big monument."

Under Perdue's watch, Georgia adopted tough food-safety regulations after a deadly U.S. salmonella outbreak was traced to Georgia-made peanut butter. He moved the state office that issues water permits for irrigation and other agricultural uses from Atlanta to rural south Georgia, where it would be closer to farmers. And Perdue poured millions of state dollars into Go Fish, a program that aimed to lure bass fishing tournaments to the state.

The ex-governor, whose full name is George Ervin Perdue III, was born in rural Perry, Georgia. He attended the University of Georgia, where he played football as a walk-on and earned a doctorate in veterinary medicine. Following a stint in the Air Force, he returned to Georgia and settled in Bonaire, a city of about 14,000 people. 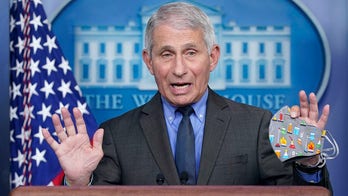