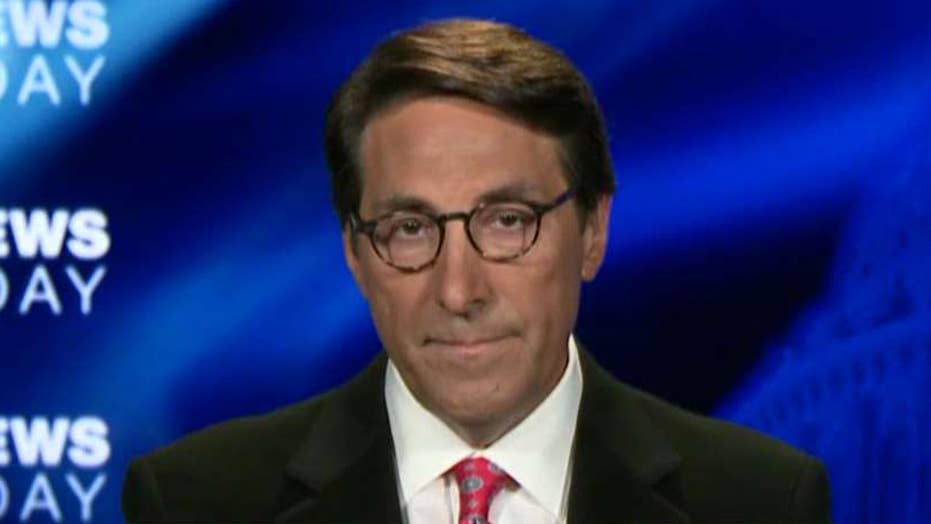 Jay Sekulow, a member of President Trump’s legal team, said Sunday that nothing in a 2016 meeting between Trump advisers and a Russian lawyer was “against the law” and defended the president and members of his team for steadfastly denying contact with the Russians.

“There was nothing in that meeting that is illegal, against the law,” Sekulow told “Fox News Sunday.” “The meeting, the discussion was not a violation of the law.”

The issue of whether Trump and members of his presidential campaign colluded with Russian officials is the subject of several investigations, including two by Congress and one by special counsel Robert Mueller.

The probes took a shocking turn in recent days amid news that Trump’s son, Donald Trump Jr., and other members of the Trump team met in June 2016 with a Russian lawyer with purported ties to the Kremlin on a promise of possible negative information about 2016 Democratic presidential nominee Hillary Clinton.

“Opposition research is a big part of the campaign,” Sekulow said Sunday.

He also said the president’s statements “have been clear” about him having no connection with Russian President Vladimir Putin or other Russian officials in trying to win the White House race.

Trump did not attend the meeting with the Russian lawyer. And James Comey, who served as FBI director before Trump fired him in May, has acknowledged that Trump was not the target of the agency’s Russia meddling-collusion probe.

Sekulow on Sunday also blasted Comey for leaking memos of several private meetings with Trump and now shopping his time as FBI director for a book deal.

“He leaked information for one purpose and one purpose only: to get a special counsel,” Sekulow said.