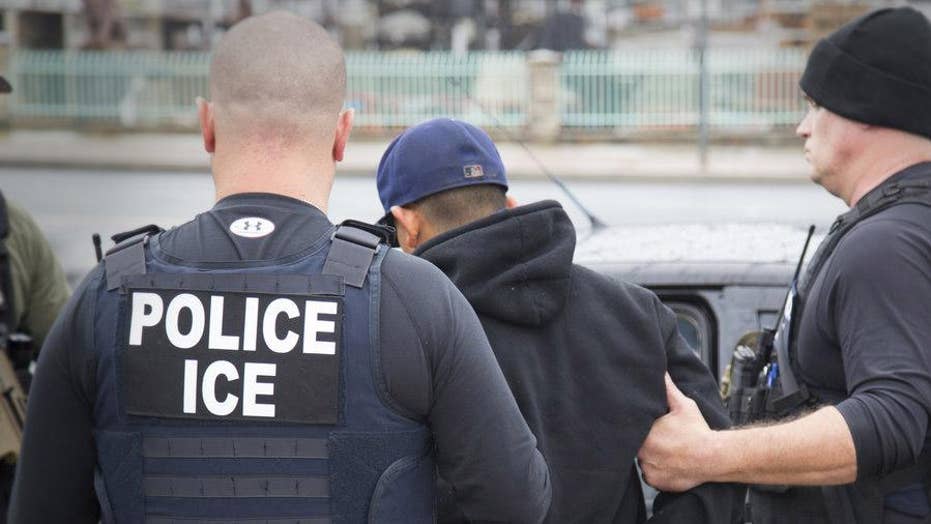 DOJ imposing quotas on judges to speed up deportations

Trump administration officials said Monday they will impose quotas on federal immigration judges in an attempt to speed up deportations, Fox News has confirmed.

A Justice Department official speaking to Fox News cited enormous court backlogs. “These performance metrics... are designed to increase productivity and efficiency in the system without compromising due process.”

Meantime, President Trump lamented the sluggishness of the deportation process on Monday night.

“As ridiculous as it sounds, the laws of our country do not easily allow us to send those crossing our Southern Border back where they came from. A whole big wasted procedure must take place. Mexico & Canada have tough immigration laws, whereas ours are an Obama joke. ACT CONGRESS,” Trump tweeted.

The Justice Department’s Executive Office for Immigration Review says judges must complete 700 cases a year to earn a satisfactory grade. They currently are completing an average of 678 cases per year, according to the Justice official.

The new request averages to about three per day, and judges with high caseloads can appeal internally to waive the requirement.

Critics claim speed requirements undermine judges’ independence and will cause some cases to be decided too hastily.

The new standards, which take effect Oct. 1, include a host of other measures indicating how much time judges should spend on different types of cases and court motions. The Washington Post was first to report the plan.

Attorney General Jeff Sessions, who oversees the immigration courts, has called repeatedly for more speed as an increase in deportation arrests has pushed the court backlog above 650,000 cases.

Still, he had held off on numerical quotas until now.