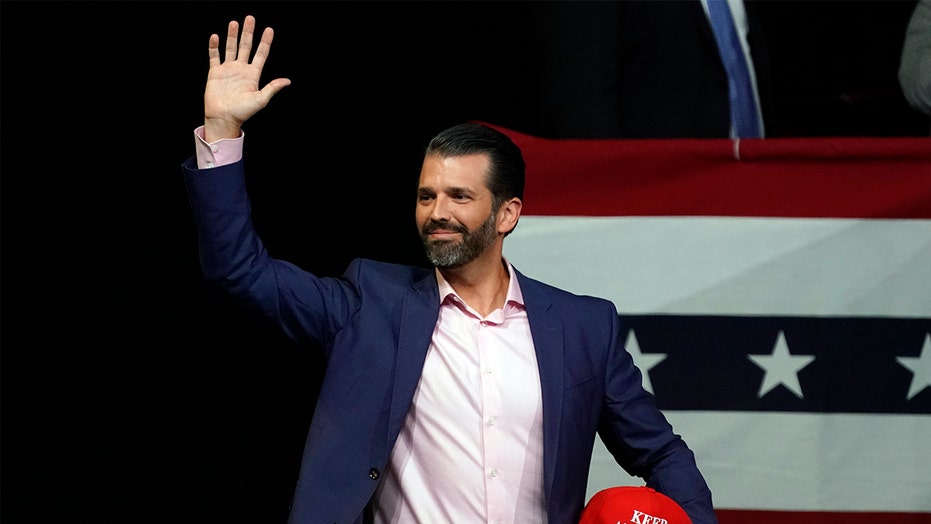 Donald Trump Jr. called out Joe Biden over comments the presidential candidate made regarding the need for action against police brutality.

"Let me be clear: We can't leave this moment and once again turn away and do nothing. We need justice. We need action. We need reform," Biden wrote on Twitter.

Trump Jr. pointed to Biden's career in politics and questioned what he was doing while in office all those years.

"It makes me wonder why you didn’t do any of these things in the first 50 years of your Washington DC career… Give me a break!!!" Trump Jr. responded.

The exchange comes as protests have continued throughout the U.S. following the death of George Floyd in police custody on May 25.

Trump Jr. suggested that Biden's statement on the need for reform didn't relate to his actions representing Delaware in the U.S. Senate from 1973 to 2009, or when he served as the 47th vice president of the United States from 2009 to 2017.

Biden supported a 1994 crime bill that many critics and fellow Democrats blame for high levels of incarceration among African-Americans.

Floyd, whose death inspired worldwide demonstrations calling for an end to systemic racism and police brutality, was buried Tuesday in his hometown of Houston. His death appears to have already ignited change in some schools and police departments throughout the U.S.

ALYSSA MILANO SAYS BIDEN-HARRIS TICKET 'MUST' HAPPEN: 'THE RIGHT TEAM FOR THIS MOMENT IN HISTORY'

President Trump, Biden, and some Democrats have pushed back against calls to defund the police. On Monday, the former vice president suggested an “urgent need for reform" instead.

"No, I don't support defunding the police. I support conditioning federal aid to police based on whether or not they meet certain basic standards of decency and honorableness," he said during an interview with CBS.

“Little Gianna, as I said to you when I saw you yesterday, you are so brave,” said Biden. “Daddy is looking down at you, and he is so proud of you. I know you miss that bear hug that only he could give, the pure joy of riding on his shoulders so you could touch the sky.”