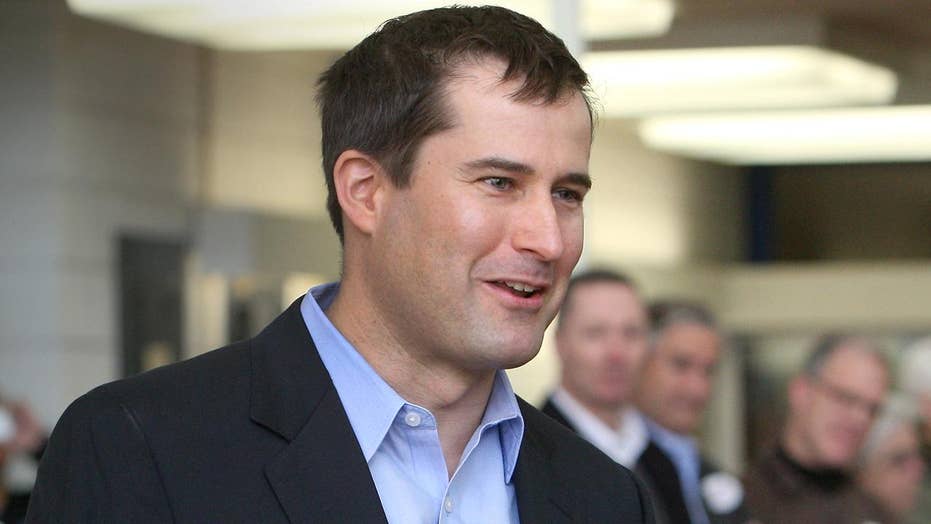 President Trump joked on Twitter that “perhaps” the Dow Jones Industrial Average fell more than 500 points on Friday because Rep. Seth Moulton dropped out of the crowded Democratic race for president.

“The Dow is down 573 points perhaps on the news that Representative Seth Moulton, whoever that may be, has dropped out of the 2020 Presidential Race!” Trump tweeted.

Rather, stocks fell sharply on Wall Street after Trump said he would respond to China's latest tariff increase by calling on U.S. companies to consider alternatives to doing business in China.

Stocks had been wavering between gains and losses earlier in the day after China said it would retaliate against the latest round of tariffs imposed by Washington with duties on $75 billion of U.S. products.

Moulton, a three-term congressman from Massachusetts and U.S. Marine veteran who served four tours of duty in the Iraq War, struggled to gain traction in the Democratic race. He ended his long-shot bid in San Francisco at the Democratic National Committee’s summer meeting.

“I am ending my campaign for president,” Moulton, 40, said Friday, adding, “I am leaving this race knowing that we raised issues that are vitally important to the American people and our future.”

When a reporter for Bloomberg News asked Moulton for his reaction to Trump’s tweet, the Democrat shot back: “I’m glad he thinks that I have more influence over Wall Street than he does.”