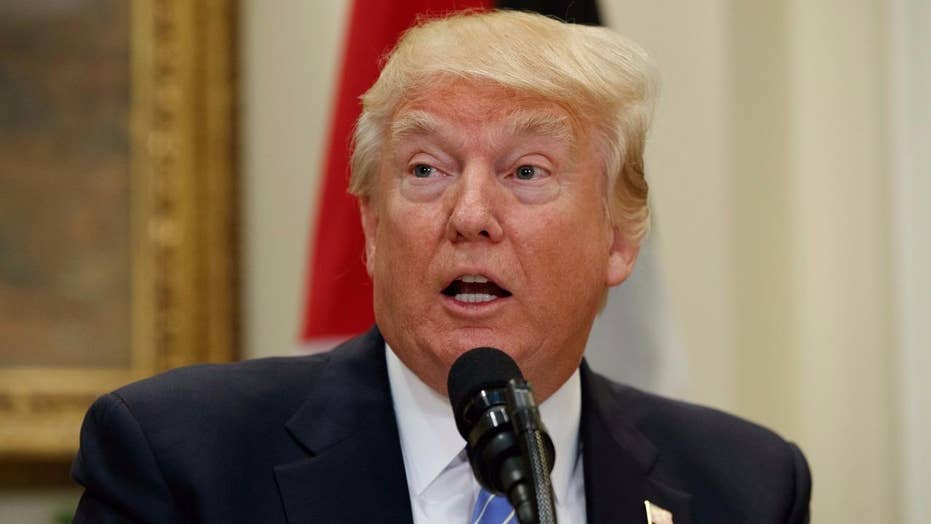 Spirited Debate: Abraham Hamilton and Roy Speckhardt weigh in on the president's approach to the faith community

The three main points of the executive order, according to a senior White House official, will declare "that it is the policy of the administration to protect and vigorously promote religious liberty," direct the IRS "to exercise maxim enforcement of discretion to alleviate the burden of the Johnson Amendment," and provide "regulatory relief for religious objectors to Obamacare’s burdensome preventive services mandate."

Here is what a Senior WH Official says the new Religious Liberty Executive Order (signed Thursday) will do: pic.twitter.com/2BH4DN6OwD

The timing and contents of the order, which would come on the National Day of Prayer, are still "very fluid" and there are still several drafts, according to a senior administration official.

The Johnson Amendment, named for then-Senator Lyndon B. Johnson of Texas and enacted into law in 1954, essentially regulates tax-exempt organizations such as churches, and religious groups from being too politically involved.

Trump previously campaigned against the amendment, and in February said he would “destroy” the amendment that conservative groups claim restricted political speech by tax-exempt churches.

"I think how the president feels about Johnson amendment is that politicians and unelected bureaucrats shouldn’t have the power to shut up their critics just because they are church leaders or charities," a senior White House official told Fox News.

In addition, sources tell Fox News the executive order will also allow non-profit organizations, hospitals, educational institutions, and businesses to deny certain health coverage for religious reasons,. That would entail protecting Christian groups like Little Sisters of the Poor from being forced to pay for abortion services.

An early draft of the order, leaked in February, would have established broad exemptions for people and groups to claim religious objections under strong language. Vice President Pence has been a proponent of the plan, and his office has been reportedly pushing for it for months.

While governor of Indiana, Pence signed a similar state law on religious liberty that stirred up controversy across the country, but was seen as a legislative win and rallying cry for social conservatives.

Progressive critics have argued the executive order would allow discrimination against the LGBT community at the federal level.

“The ACLU fights every day to defend religious freedom, but religious freedom does not mean the right to discriminate against or harm others," Louise Melling, deputy legal director of the American Civil Liberties Union said in a statement Wednesday. "If President Trump signs an executive order that attempts to provide a license to discriminate against women or LGBT people, we will see him in court.”

A senior White House official however pushed back on the criticism saying the order "is not about discrimination."

'We don’t have any plans to discriminate, we're about not discriminating against religious organizations," the official said.