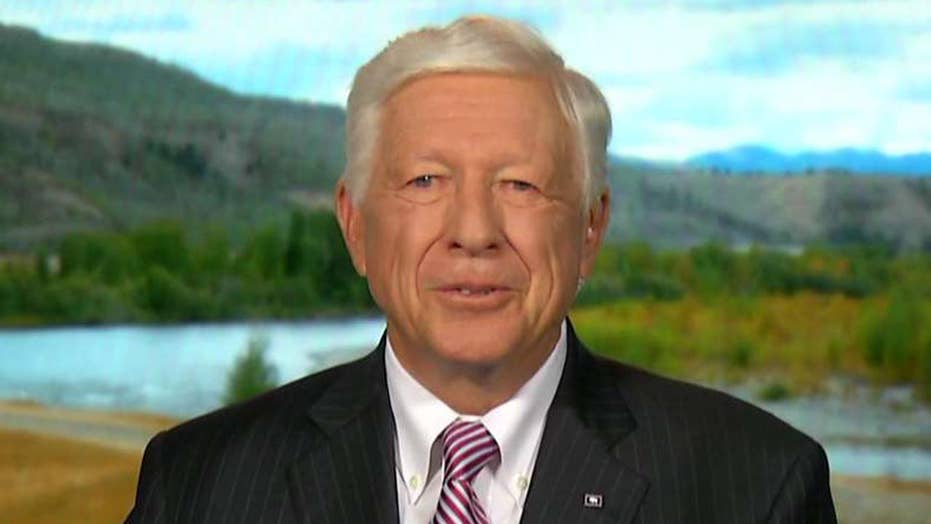 Businessman running for governor gets support from Trump Jr.

“He will be a fantastic Governor! Strong on Crime, Borders & 2nd Amendment. Loves our Military & our Vets. He has my complete and total Endorsement!” Trump said in a tweet.

“In business, you learn to prioritize,” Friess said. “The other thing about business is you’re very sensitive to cost.”

He has a large network of political allies from his years donating to conservative candidates and initiatives, including to Trump's 2016 campaign. He is also a major contributor to Christian causes.

Bill Dahlin and Taylor Haynes, who faced questions about whether he is eligible to be governor due to residency disputes, are also running as Republicans.

Hageman, far more than the others, has criticized her opponents — mainly for what she says is too much liberal thinking. A natural resource attorney for ranchers, she could claim much of Wyoming's farm-and-ranch vote.

Galeotos, on the other hand, has focused on technology as the way forward for Wyoming's economy, which is dependent on fossil fuel extraction.

The winner of the Republican primary will most likely face state Rep. Mary Throne in the general election. Throne faces three little-known Democrats in her primary Tuesday.

Fox News has ranked the Wyoming gubernatorial election as likely Republican. Trump soundly beat Democrat Hillary Clinton in Wyoming in the 2016 election with 70 percent of the vote.