President Trump on Friday denied reports of infighting among White House advisers over the situation with Iran, as he ripped reporters for citing anonymous sources in stories about his administration.

“It’s bulls--t,” the president said during a speech to a convention of Realtors in Washington, referring to the use of unnamed sources in stories.

The president denied turmoil with his advisers, particularly Secretary of State Mike Pompeo and National Security Adviser John Bolton, as tensions escalate with Iran – saying that opinions may differ, but that he is the person who makes the final decisions.

Speaking of the press, he said, "They make it sound like it’s a conflict.”

In a tweet earlier in the day, the president argued, "With all of the Fake and Made Up News out there, Iran can have no idea what is actually going on!"

Earlier this week, Trump trashed The Washington Post and The New York Times for reporting on alleged infighting within the White House over the administration’s policy in the Middle East.

“The Fake News Washington Post, and even more Fake News New York Times, are writing stories that there is infighting with respect to my strong policy in the Middle East,” Trump tweeted. “There is no infighting whatsoever.”

Trump’s tweets come amid mounting tensions between Washington and Tehran, with the Pentagon on Wednesday ordering all nonessential government staff to leave Iraq amid still-unspecified threats that the Trump administration has linked to Iran. The recent discord between the U.S. and Iran has raised concerns among lawmakers on both sides of the aisle about a potential war with Iran, and has drawn comparisons to the lead-up to the Iraq War in 2003. 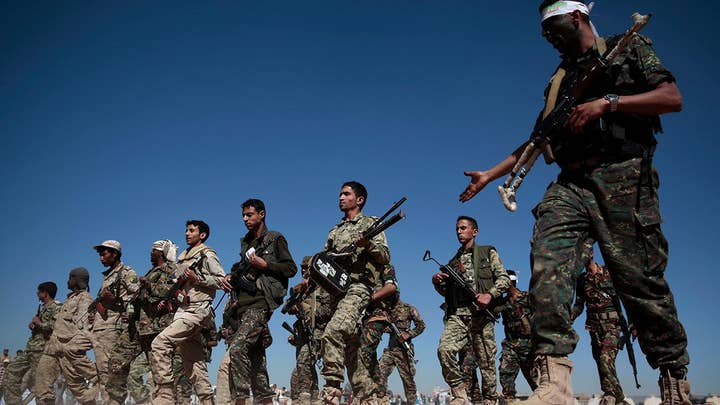 During Friday’s speech, the president announced a deal with Canada and Mexico that would scrap "major tariffs," ending a simmering trade dispute that began when the president imposed tariffs on imported steel and aluminum in the name of national security. 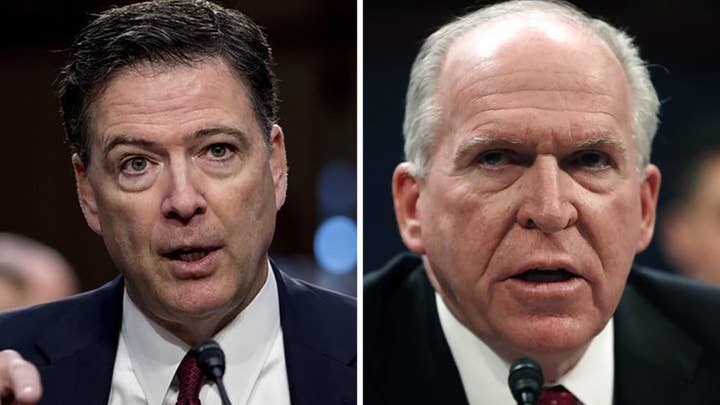 He also boasted of “draining the swamp,” saying it’s good that former FBI Director James Comey, former CIA Director John Brennan and former Director of National Intelligence James Clapper are no longer in government. Trump has blasted all three for over their actions related to the FBI’s Russia investigation.

Trump also referenced the 2020 Democratic primary, singling out Massachusetts Sen. Elizabeth Warren. He again referred to her as “Pocahontas” and said she was a “disaster” in her role creating the   Consumer Financial Protection Bureau,