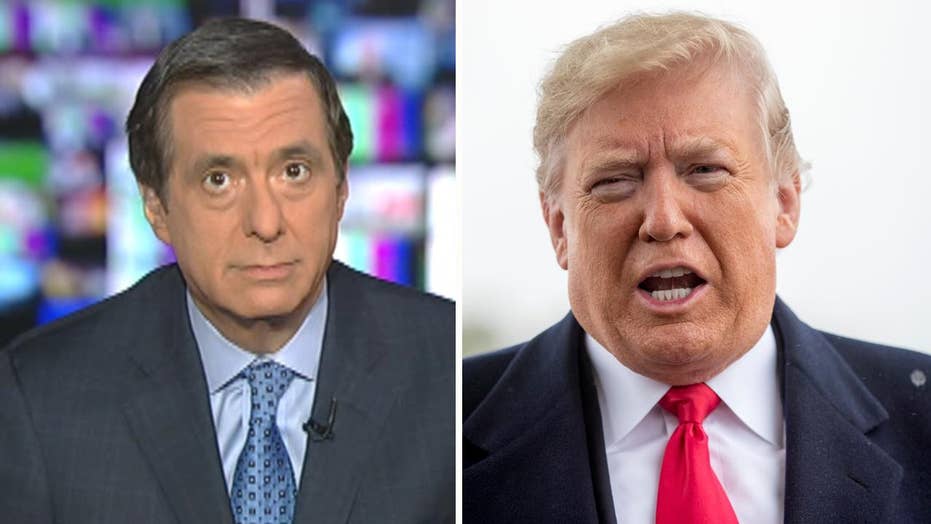 Kurtz: No moment of healing for Trump and the Press

'MediaBuzz' host Howard Kurtz weighs in on the lack of unity between the mainstream media and President Trump after a week of violence and hatred.

After a week of sheer hate and violence, many people, including me, had hoped that there might be a brief period of healing, a toning down, a pulling back, an effort by all sides to rise above our political differences and find common ground as Americans.

In fact, things are getting worse.

And all sides are to blame. So many people are so addicted to divisive and inflammatory politics that virtually nothing — not the mailing of pipe bombs to Democrats and CNN, not the mass slaughter of Jews praying in a synagogue — causes more than a momentary pause.

Many in the media are still engaged in raw, blame-game journalism and commentary. The Washington Post above-the-fold headline the morning after the synagogue attack set precisely the wrong tone: "Critics Say Trump Has Fostered the Toxic Environment for the Political Environment He Denounces." The critics quoted were liberals, and the overall piece blamed Republicans as well.

That, in turn, prompted Sarah Huckabee Sanders to post this response: "Is there any tragedy the Washington Post won't exploit to attack President @realDonaldTrump?"

Soon after the 11 Jews were killed at the Tree of Life Synagogue, GQ writer Julia Ioffe tweeted: "And a word to my fellow American Jews: This president makes this possible. Here. Where you live." Ioffe, who cited the move of the embassy to Jerusalem, turned that into an op-ed and "Morning Joe" appearance. (In fairness, she was the target of online abuse and death threats after writing a critical piece on Melania Trump.)

Ioffe also told CNN that Trump had radicalized more people than ISIS, but apologized later in the show, saying she had gotten too emotional.

The president was eloquent at a rally speech the night of the Saturday shootings, denouncing the evil and poison of anti-Semitism and noting that Jews have faced centuries of persecution. But after calling on both political players and media members to tone things down, he reverted to his usual form yesterday on Twitter:

"There is great anger in our Country caused in part by inaccurate, and even fraudulent, reporting of the news. The Fake News Media, the true Enemy of the People, must stop the open & obvious hostility & report the news accurately & fairly. That will do much to put out the flame of Anger and Outrage and we will then be able to bring all sides together in Peace and Harmony. Fake News Must End!"

For Trump to go back to the enemy-of-the-American-people rhetoric is not just wrong, painting journalists as practically traitors, but at odds with his own appeals to lower the temperature.

This became a flashpoint at yesterday's press briefing, where CNN's White House correspondent Jim Acosta got into it with Sanders:

"I mean, if the president is going to say the 'fake news media are the enemy of the people,' and if you're going to stand there and continue to say that there are some journalists, some news outlets in this country that meet that characterization, shouldn't you have the guts, Sarah, to state which outlets, which journalists are the enemy of the people?"

The press secretary replied: "I think it's irresponsible of a news organization like yours to blame responsibility of a pipe bomb that was not sent by the president — not just blame the president, but blame members of his administration for those heinous acts. I think that is outrageous and I think it’s irresponsible."

This goes beyond the rhetorical warfare between the White House and the press. With Trump scheduled to visit Pittsburgh today, a group of Jewish leaders there, under the rubric Bend the Arc, put out an open letter:

"President Trump, you are not welcome in Pittsburgh until you fully denounce white nationalism." The letter accused Trump of having "targeted" the Jewish community, of undermining the safety of several minority groups, and says that the synagogue shooting is "not the first act of terror you incited."

With all due respect to those who are grieving, this is just political point-scoring. You don't have to point to Trump's strong relations with Israel to say it is an absurd overreach to argue that the president inspired a lunatic with a lifelong history of hating Jews. The rabbi of the Tree of Life temple says he welcomes Trump's visit.

I know we're in the home stretch of a divisive midterm election, and the default setting for pols and pundits, left and right, is to stay on the offensive. But when it comes to the terror that has lately plagued America, that is just pouring salt in some very large wounds.