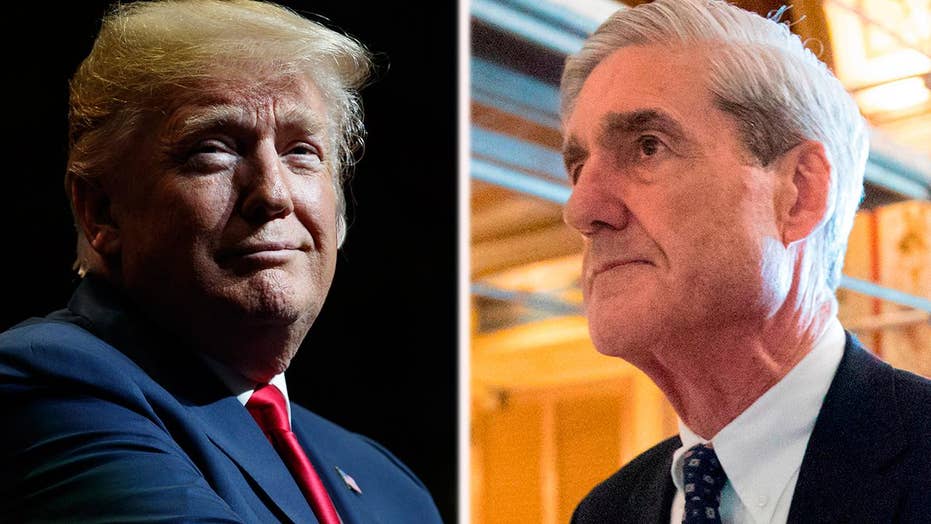 The one-year anniversary of the appointment of special counsel Mueller approaches and Trump's legal team tells Fox News it will be difficult to make a decision about a Mueller interview before that date.

“A.P. has just reported that the Russian Hoax Investigation has now cost our government over $17 million, and going up fast. No Collusion, except by the Democrats!” Trump tweeted.

The price tag was revealed in a spending report released Thursday by the Justice Department.

About $10 million was spent between October and March, the document states. That includes $4.5 million spent by Mueller’s team and another $5.5 million spent by the Justice Department on other expenditures attributable to the investigations.

“The department will continue to dedicate and leverage resources to maintain strong program and financial management controls,” the DOJ said in the report. “Management takes its program and financial accountability seriously and is dedicated to ensuring that funds are used in a responsible and transparent manner.”

Mueller was appointed special counsel in May 2017 by Deputy Attorney General Rod Rosenstein. Previously, the Justice Department said that during the May-September 2017 period, the investigation cost nearly $7 million – bringing the grand total to date to $17 million.

That earlier sum included $3.2 million in direct Special Counsel expenses and $3.5 million for other DOJ expenses, covering costs like agents working on raids or interviews and other government contractors.

The spending report said these expenses would “have incurred for the investigations irrespective of the existence” of Mueller’s probe.

Mueller is investigating Russia’s attempted interference in the 2016 election, and whether there was any collusion with Trump campaign officials. The investigation has also ensnared other Trump officials, like former national security adviser Michael Flynn and former campaign chairman Paul Manfort, over other issues.

Trump has repeatedly said there was “no collusion.”