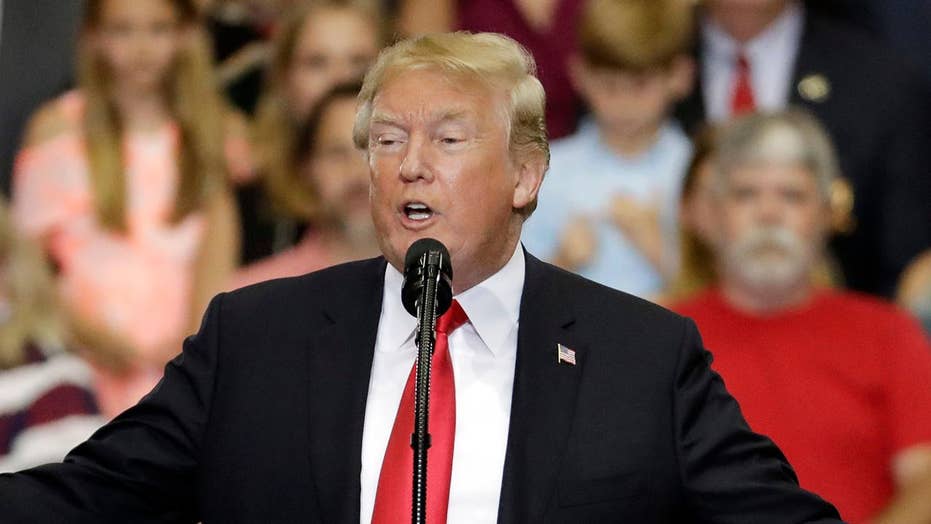 President Trump sought to settle the widespread weekend chatter over whether he’d consider pardoning himself if charged in the Russia probe – tweeting Monday that he has the “absolute right” to do so, but wouldn’t have to since he’s “done nothing wrong.”

“As has been stated by numerous legal scholars, I have the absolute right to PARDON myself, but why would I do that when I have done nothing wrong? In the meantime, the never ending Witch Hunt, led by 13 very Angry and Conflicted Democrats (& others) continues into the mid-terms!” the president tweeted.

Moments later, the president decried the investigation as "UNCONSTITUTIONAL" -- the latest swipe at Special Counsel Robert Mueller amid negotiations over a possible interview with the president.

Trump weighed in after legal team member Rudy Giuliani fielded numerous questions on the self-pardon scenario on the Sunday shows.

“The president of the United States pardoning himself would just be unthinkable. And it would lead to probably an immediate impeachment,” he said bluntly on NBC’s “Meet the Press.” 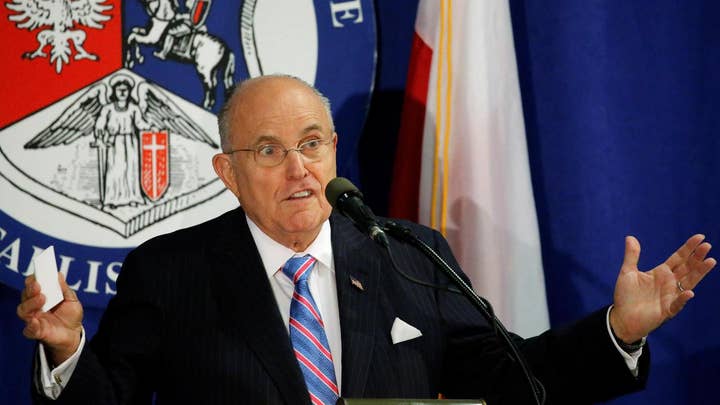 On ABC’s “This Week,” Giuliani said Trump “probably” has the power to pardon himself but has “no intention” of doing so.

The questions followed a newly revealed January letter from Trump’s legal team to Mueller. The correspondence cited the president’s pardon powers, while making the case against a Trump interview with Mueller and claiming the president could not have obstructed justice because of his broad presidential powers.

Counselor Kellyanne Conway said on “Fox & Friends” that the question of whether Trump may pardon himself is “ridiculous” because “you would pardon yourself if you’ve done something wrong.” 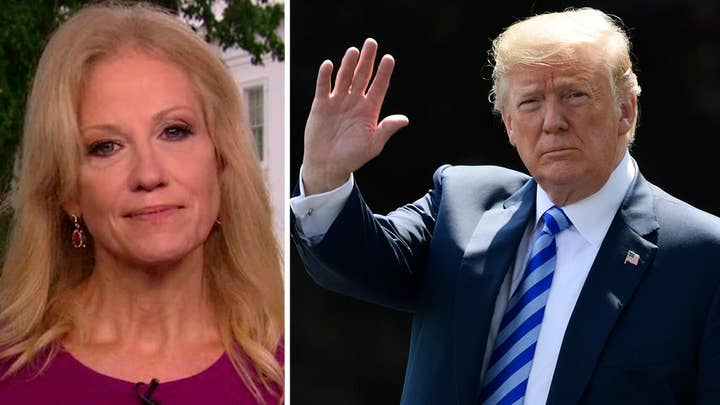 Trump critics, though, have raised alarm that the president’s recent pardon of conservative filmmaker Dinesh D’Souza and consideration of other acts of clemency are a signal he could exercise his pardon power in connection with the Russia meddling investigation.

Preet Bharara, a former U.S. attorney who was fired by Trump, told CNN’s “State of the Union” that a self-pardon would be “outrageous.”

“I think if the president decided that he was going to pardon himself, I think that it is almost self-executing impeachment,” he said, adding that the framers did not intend for a president to be able to self-pardon.

Trump, meanwhile, used his Twitter account Monday to boast of accomplishments for an administration now 500 days into office. He touted tax cuts and border security measures, as well as health care measures even though they fell short of a full ObamaCare repeal.

He tweeted: “This is my 500th. Day in Office and we have accomplished a lot - many believe more than any President in his first 500 days. Massive Tax & Regulation Cuts, Military & Vets, Lower Crime & Illegal Immigration, Stronger Borders, Judgeships, Best Economy & Jobs EVER, and much more … We had Repeal & Replace done (and the saving to our country of one trillion dollars) except for one person, but it is getting done anyway. Individual Mandate is gone and great, less expensive plans will be announced this month. Drug prices coming down & Right to Try!”