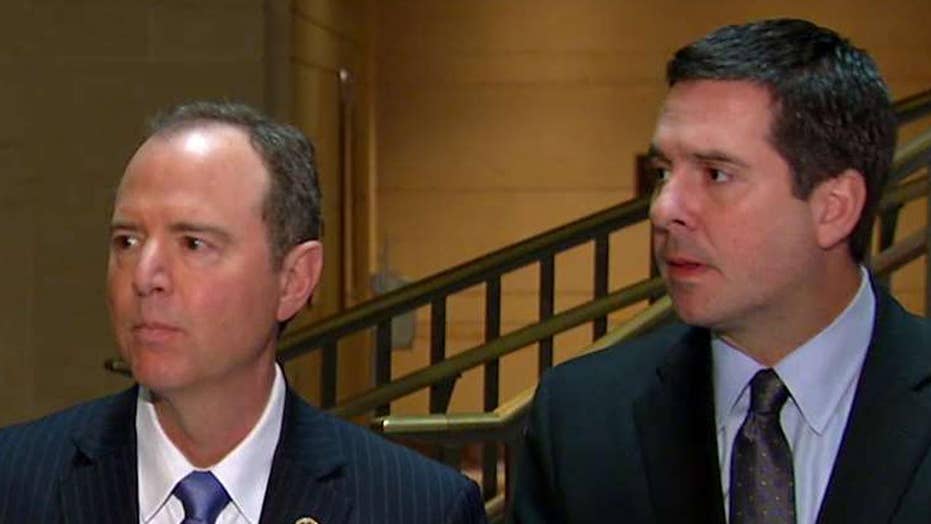 Longtime Trump adviser Roger Stone says he believes his contacts with a Russian-linked hacker who took credit for breaching the Democratic National Committee may have been obtained through a special warrant that allows the government to collect the communications of people suspected of being agents of a foreign nation.

Stone is among a handful of President Donald Trump's associates who are under scrutiny for possible links to Russia during the presidential race. In a statement to The Associated Press, Stone said he's retained two attorneys to explore whether he can compel the government to "either charge me or admit they have no case whatsoever."

The FBI, as well as House and Senate committees, is investigating Russia's interference in the 2016 election and possible contacts between Trump associates and Russians. The House Intelligence Committee announced Wednesday that FBI Director James Comey and Admiral Mike Rogers, the director of the National Security Agency, will testify in public hearings next week.

Trump has asked the congressional committees to also investigate his explosive claims that President Barack Obama wiretapped his New York skyscraper during the election. The Justice Department missed a Monday deadline to provide evidence to the House committee and now has until next Monday to respond.

House Intelligence Committee Chairman Devin Nunes, R-Calif., said Wednesday that if Trump's allegations, which were made on Twitter, are taken literally, then "clearly the president was wrong."

In a joint news conference, Nunes and Rep. Adam Schiff, the committee's top Democrat, each reiterated that they had seen no evidence that Trump Tower was wiretapped during the campaign. However, Nunes said that communications from Americans, including Trump, may have been picked up through ongoing surveillance of foreigners.

Stone said he is willing to testify in any hearings that occur "in public and not behind closed doors."

The Republican operative has acknowledged having a Twitter exchange with "Guccifer 2.0," a hacker that U.S. officials believe has ties to Russia. Stone said he was "unaware at the time of the brief exchange of allegations that the hacker in question is suspected of being a Russian asset."

"I have no relationship with the Russian state, Russian Intelligence or any other Russians," said Stone, who split with Trump's campaign in August 2015 but remains in touch with the president.

Stone's messages with Guccifer 2.0 were first reported by the website The Smoking Gun. He said the information contains information that "could only be learned by surveillance of my domain and eavesdropping on my email, phone calls and texts."

"If these where obtained through a FISA warrant as I believe and the information was leaked to the Smoking Gun, that would constitute a felony," Stone said. He also suggested, without evidence, the government had Trump under surveillance during the presidential campaign. FISA stands for the Foreign Intelligence Surveillance Act.

Trump himself has provided no evidence that Trump Tower, where he lived and ran his campaign, was wiretapped by Obama. On Monday, the White House started softening his claims, with spokesman Sean Spicer saying the president was referring to general surveillance that may have been approved by the Obama administration.

Sen. Lindsey Graham, R-S.C., says he's waiting to hear from Comey whether a warrant was issued that would have allowed the Obama administration to tap Trump's phones during the campaign. Graham says he also asked Comey to say whether the FBI is investigating Russian interference in the 2016 campaign.

If Comey doesn't comply, Graham says, Congress "is going to flex its muscle."

"We'll issue a subpoena to get the information, we'll hold up the deputy attorney general's nomination until Congress is provided with the information to finally clear the air as to whether there was ever a warrant issued against the Trump campaign," Graham, who heads the Judiciary Committee's crime and terrorism subcommittee, said Wednesday on NBC's "Today" show.

Republican Sen. John McCain has singled out Stone as a Trump associate who should answer questions about his ties to Russia. The Arizona lawmaker suggested in an interview Sunday with CNN that Stone may have ties to ousted Ukrainian President Viktor Yanukovych.

Stone denied any connection to Yanukovych or his political party. Stone said he did work for a "small pro-Western splinter party" of Ukrainian politician Volydmyr Litwin, calling the effort to help win seats in parliament a "low budget operation."

Last year, Coffey represented Trump campaign manager Corey Lewandowski when he was charged with simple battery after an altercation with a female reporter. The prosecutor later dropped the charges.