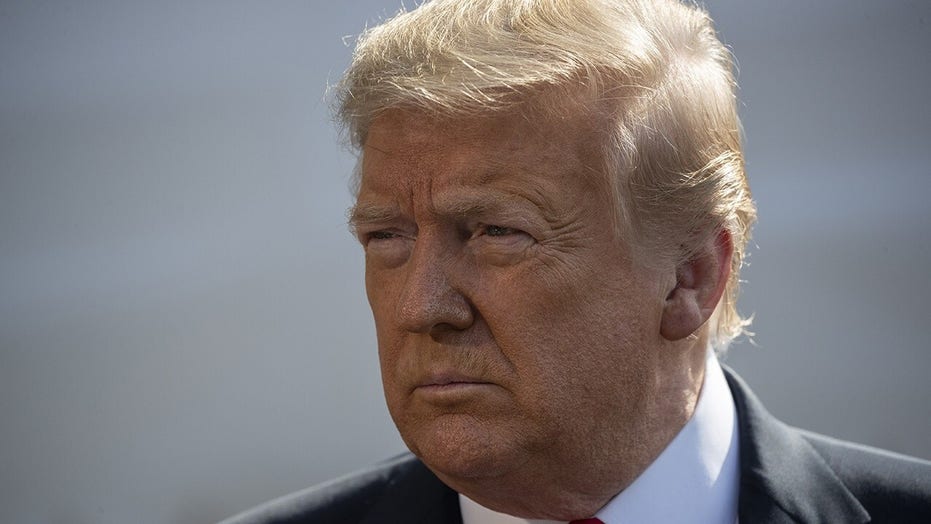 President Trump made a rare admission that his Twitter activity at times gets him "into trouble."

During an interview that was released Friday by Barstool Sports founder Dave Portnoy, the two discussed the powerful platform Trump has on Twitter.

The president told Portnoy there are times when he "loves" using Twitter "too much sometimes," touting the "voice" he has that bypasses what he calls "fake news."

"Do you sometimes -- because I follow you on Twitter and I know I do this... do you ever tweet out and be like -- you wake up and, 'Aw man, I wish I didn't send that one out'?" Portnoy asked.

"Often, too often," Trump responded. "It used to be in the old days before this, you'd write a letter and you'd say this letter is very big. You put it on your desk and then you go back tomorrow and you say, 'Oh, I'm glad I didn't send it,' right? But we don't do that with Twitter, right? We put it out instantaneously, we feel great, and then you start getting phone calls -- 'Did you really say this?' I say, 'What's wrong with that?' and you find out a lot of things."

Trump then acknowledged that "it's the retweets" that get him "into trouble" versus the tweets he writes himself.

Portnoy pressed the president on his retweets.

"You've been caught retweeting people, being like, 'Oh, you just retweeted this crazy person,' so you don't even look. You just press retweet and you just fire from the hip," the Barstool Sports founder said.

"You see something that looks good and you don't investigate it and you don't know what's on the helmet exactly, right, which is a miniature and you don't blow it up, it sometimes -- I have found that almost always it's the retweets that get you in trouble," Trump said.

"I've seen that a little bit with you," Portnoy added.

President Trump often has his critics howling over tweets that attack political opponents. In recent weeks, Twitter has been cracking down on the president's tweets, claiming they violate various policies.