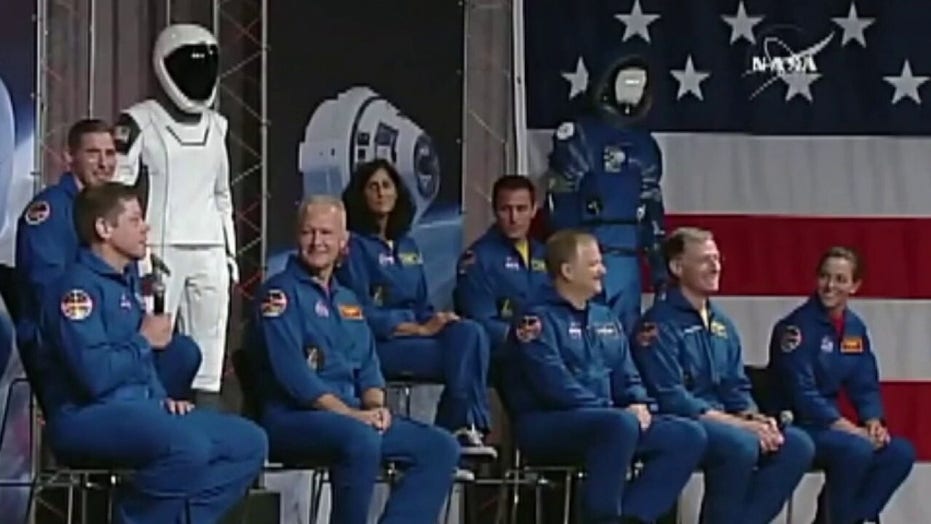 NASA astronauts prepare for launch from US soil

Doug Hurley and Robert Behnken are set to become the first people to launch into orbit on a spacecraft that's built, owned and operated by a private company

The United States-led pact would be part of a plan by the administration to bypass the United Nations’ treaty process, according to Reuters, citing anonymous sources familiar with the draft.

The U.S. would collaborate with “like-minded nations” because the treaty process is lengthy and it would be a waste of time to work with nations without spacefaring capacity, a senior administration official told Reuters.

The pact proposes “safety zones” that would separate a country’s moon base from other countries with bases nearby and lays the groundwork for allowing ownership of mined resources.

“This isn’t some territorial claim,” one anonymous source familiar with the draft told the outlet, adding that there would be coordination between nations.

“The idea is if you are going to be coming near someone’s operations, and they’ve declared safety zones around it, then you need to reach out to them in advance, consult and figure out how you can do that safely for everyone,” he said.

The draft is named after NASA’s new multi-billion dollar Artemis lunar exploration program, which aims to put astronauts back on the moon by 2024.

This illustration made available by NASA in April 2020 depicts Artemis astronauts on the Moon. On Thursday, April 30, 2020, NASA announced the three companies that will develop, build and fly lunar landers, with the goal of returning astronauts to the moon by 2024. (NASA via AP)

Early last month, President Trump signed an executive order, Encouraging International Support for the Recovery and Use of Space Resources, that says the moon's water, ice and other natural resources can be mined and used by the United States.

The 1967 Outer Space Treaty, of which the U.S. is a member, allows for the use of lunar space resources.

The order also affirms Congress’ intent that Americans should be allowed to engage in commercial exploration, recovery, and use of resources in outer space.

"Outer space is a legally and physically unique domain of human activity, and the United States does not view space as a global commons," the order states.

The U.S. hasn’t shared the draft with ally nations but plans to discuss it with other spacefaring partners in the next few weeks, excluding Russia, which the Pentagon says has been making “threatening” maneuvers regarding U.S. spy satellites, according to Reuters.

“NASA’s all about science and technology and discovery, which are critically important, but I think less salient is the idea that NASA is a tool of diplomacy,” NASA administrator Jim Bridenstine said Tuesday.

“The important thing is, countries all around the world want to be a part of this," Bridenstine said of the Artemis program.