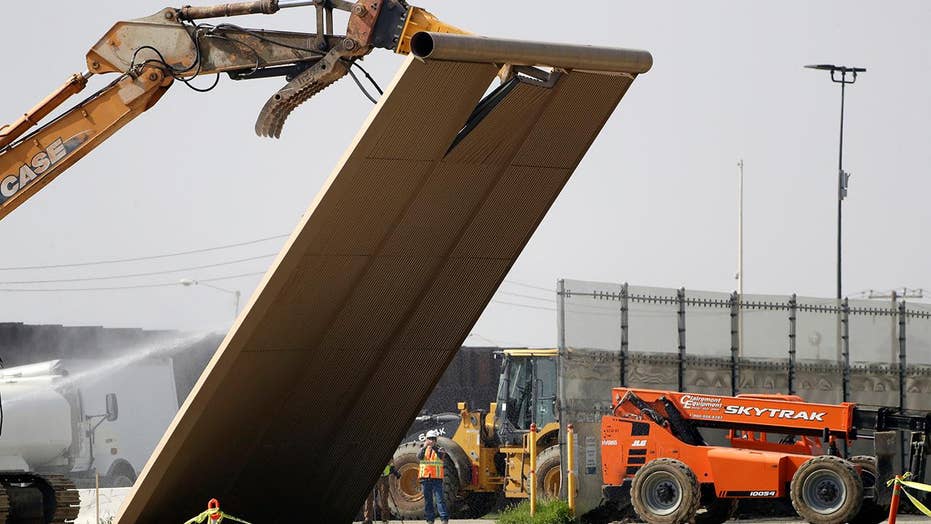 Is 'judge shopping' turning the border crisis into a constitutional crisis?

Trump calls for an 'expedited appeal' after an Obama-appointed judge blocks the president from building sections of the border wall; reaction from political strategists Peter Van Voorhis and Mustafa Tameez.

The Trump administration is asking the Supreme Court to lift an injunction imposed by a lower court that blocks the administration from using $2.5 billion in military funds to construct a wall on the U.S.-Mexico border.

The filing went to Justice Elena Kagan, who has given environmental groups who brought the original lawsuit until 4 p.m. July 19 to respond with their own brief.

Kagan will also likely ask all her colleagues to weigh in, but it’s unclear when an order will be issued.

Earlier this month, a divided three-judge panel of the 9th U.S. Circuit Court of Appeals in San Francisco agreed with a lower court ruling that prevented the government from tapping Defense Department counterdrug money to build high-priority sections of the planned wall in Arizona, California, and New Mexico.

At stake is billions of dollars that would allow Trump to make progress on a major 2016 campaign promise heading into his race for a second term.

Trump declared a national emergency after losing a funding fight with the Democratic-led House that led to a 35-day government shutdown. Congress agreed to spend nearly $1.4 billion on barriers in Texas' Rio Grande Valley, the busiest corridor for illegal crossings, an amount well below the $5.7 billion the president requested.

Trump grudgingly accepted the money but declared the emergency in order to siphon up to $8.1 billion for wall construction. That amount includes $3.6 billion from military construction funds, $2.5 billion from Defense Department counterdrug activities and $600 million from the Treasury Department's asset forfeiture fund.

Acting Defense Secretary Mark Esper has yet to approve the transfer of the military construction funds.