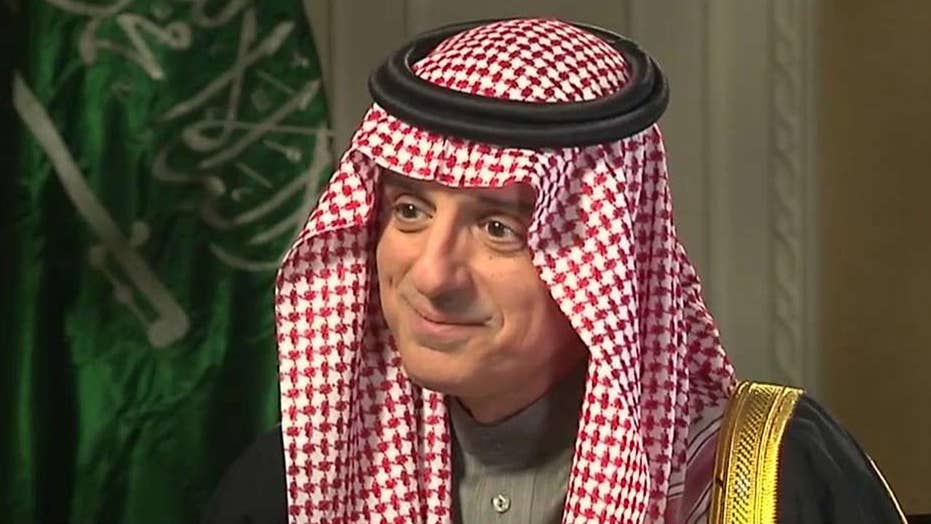 Saudi foreign minister on US relations, conflict in Yemen

The White House told Congress Thursday that it plans to approve a $1 billion arms sale to Saudi Arabia, a package that includes about 6,700 U.S.-built anti-tank missiles.

The sale also includes support, maintenance and spare parts for American tanks, helicopters and other equipment already in Saudi Arabia's arsenal. Lawmakers have 30 days to act if they want to try and stop the deal.

The announcement came two days after Saudi Crown Prince Mohammed bin Salman met with President Trump as the royal started a three-week tour of the U.S.

Earlier Thursday, Defense Secretary Jim Mattis told the prince that Saudi Arabia was "part of the solution" in Yemen, where the Saudis are leading a U.S.-backed military campaign against Houthi rebels that has been heavily criticized for inflicting civilian casualties.

Earlier this week the Senate debated and then shelved a resolution calling for an end to U.S. support for the Saudi-led coalition in Yemen. Mattis had opposed the measure, saying it would be counterproductive by increasing civilian casualties, jeopardizing counterterrorism cooperation and emboldening Iran to increase its support for Houthi rebels.